Negligently Causing Serious Injury is doing something without proper care and causing someone a serious injury.In Victoria it is in section 24 of the Crimes Act 1958.

Do the Police want to speak with you about an allegation of Negligently Causing Serious Injury? We can help you by answering your legal questions during a private consultation and provide clear strategic advice on how to deal with the Police. 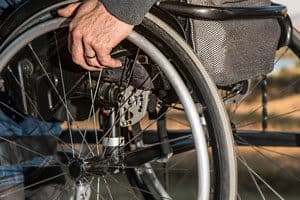 Speak with one of our lawyers before participating in a Police interview. We can answer your important questions such as:

If you speak with the Police before speaking to our lawyers, you risk telling themselves which can hurt your defence in Court.

Our lawyers can also attend the Police station with you if you feel more comfortable having someone on your side to make sure you do not say something you don’t have to.

Our lawyers have run many successful defences to charges of Negligently Causing Serious Injury. Our lawyers are pro-active and conduct their own investigation into a matter because a lot of the time, this can lead to showing the Court that the Police are wrong. The benefit of choosing our firm is that we have in-house barristers who can get involved in your matter from the beginning.

Our criminal lawyers specialise in criminal defence work and know what to look for when fighting allegations.

If you are pleading guilty to Negligently Causing Serious Injury, we can help you prepare for your plea hearing. We will explain your personal circumstances to the sentencing Court and give the Judge expert reports and character references which explain the cause for your wrong-doing. 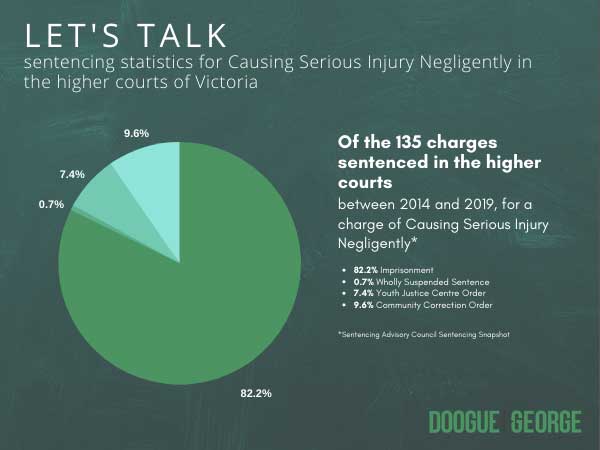 This offence is generally heard in the County Court.

Elements: What is the legal definition of Negligently Causing Serious Injury?

The Prosecution must prove that you owed the victim a duty of care and you breached that duty. Your act or omission, which breached the duty of care, was committed consciously, voluntarily and deliberately. The breach of your duty caused the victim to suffer a “serious injury”.

The section that covers this offence is section 24 of the Crimes Act 1958.

What are some of the possible defences to a charge of Negligently Causing Serious Injury?

“Did your actions cause serious injury to another person?”


Maximum penalty for section 24 of the Crimes Act 1958

The maximum penalty for Negligently Causing Serious Injury (s24 of the Crimes Act 1958) is 10 years imprisonment.