In Victoria, Material Personal Interest – Director’s Duty to Disclose is found in section 191 of the Corporations Act 2001. It is a criminal offence that is committed by a Director of a company who failed to notify other Directors of a material personal conflict of interest with the company.

Have you been accused of Material Personal Interest – Director’s Duty to Disclose? If so, you should contact our firm to have a confidential conference about your matter with one of our experienced criminal defence lawyers. 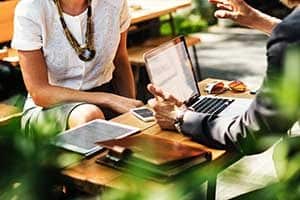 Have you been asked to attend a interview? Do you know how you intend to respond to investigator’s questions? It is important you are informed about the procedure. Investigators will already have obtained information, and evidence, such as witness statements and other material, that will relate to the allegation. They have likely already decided to charge you with the offence. The purpose of an interview is to obtain admissions that will further support a case against you.

We recommend you contact our office to arrange a conference so that we may inform you as to interview procedure, and develop a strategy that will assist you in considering whether to attend a interview, and answer questions. We also regularly attend interviews with people, ensuring they feel comfortable exercising their rights in what is often a formal and unfamiliar environment while also ensuring Police are held accountable and comply with relevant procedure.

Pleading not guilty to an offence of this kind will often involve sophisticated and complex briefs of evidence. We will work with you to develop a sound case strategy and work hard to defend you in relation to this charge. We will build a case that will persuade a court to find you not guilty of the charges.

We frequently and successfully defend clients charged with white collar offences in all jurisdictions.

If you decided to plead guilty to a charge of Material Personal Interest – Director’s Duty to Disclose, we will assist you in securing the most favourable sentencing outcome. We will advise you in relation to material that may be obtained to provide context to the offence that has been committed, and ensure the court is fully informed about all relevant background and personal history. We are experienced in supporting clients to achieve the best possible sentence in the circumstances.

What is the legal definition of Material Personal Interest – Director’s Duty to Disclose?

The Corporation Act 2001 defines a ‘director’ as:

To prove this charge, ASIC must show that the accused was a director of a company and that the accused failed to give notice to the other directors of a material personal conflict of interest.


“Can ASIC prove that you did not disclose a conflict of interest?”

If you are charged with this offence, there are some defences available to you:

Section 191(2) of the Corporations Act 2001 removes a director’s need to disclose a conflict of interest if certain circumstances apply.

You should contact us immediately and discuss your case with one of our lawyers if you have been charged with this offence.

Maximum penalty for section 191 of the Corporations Act 2001

The maximum penalty for Material Personal Interest – Director’s Duty to Disclose (s191 of the Corporations Act 2001) is 10 penalty units (around $1,610.00) or 3 months imprisonment.

Deciding on whether to plead guilty or not has consequences for you and should be made after proper discussion with a criminal lawyer.