The offence of Incurring of Certain Debts; Fraudulent Conduct is found in section 592 of the Corporations Act 2001. It is a criminal offence that is committed by a company which incurred a debt before the 23rd of June 1993 and, at the time the debt was incurred, the company could not pay the debt.

Have you been accused of Incurring of Certain Debts; Fraudulent Conduct? 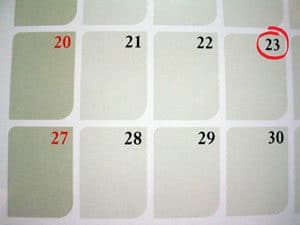 Do not answer any of the investigator’s questions without first calling us to seek some initial advice about how to conduct yourself during the interview. A number of complicated questions may be put to you from an officer trained in interrogation. They are seeking to elicit information that strengthens their case. They are not searching for the truth. A time will come later where you can explain your version of events or raise a defence against any charges filed. The interview is not the forum for advocating for charges to be dropped or for charges not to be filed.

Not every allegation is true and charges are often laid against innocent parties. It is not a simple process to contest a complex financial charge such as this. You may have defences available to you such as that it was believed the company could have paid the debts once they were due or the debt was incurred without your express or implied consent. Our lawyers are experts in all areas of criminal law and have the expertise that will ensure you the best chance of successfully defending the charges levelled against you.

You want to receive the fairest possible financial penalty if you plead guilty to a charge of incurring of certain debts; fraudulent conduct. Our lawyers make pleas in mitigation to the Court every day. It is important to tell the Court your explanation that puts the offending in context and details your other achievements or positive characteristics. Our lawyers are experienced in persuading the Court and know what does and does not work in Court. We want the Court to know WHO they are sentencing not just What they have done.

Examples of Incurring of Certain Debts

Court that deals with this charge

The charge of Incurring of Certain Debts (s592 of the Corporations Act 2001) would likely be heard in the Magistrates’ Court.

The section that covers this offence is section 592 of the Corporations Act 2001.

What is the legal definition of Incurring of Certain Debts?

The Prosecution must show that the company incurred the debt, that the debt was incurred before the 23rd of June 1993 and at the time of incurring the debt it was known by the directors of that company that the company could not pay existing debts.