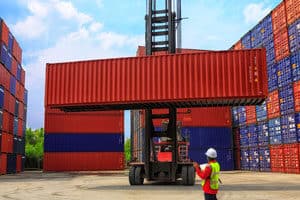 Do not treat the police interview as a chance to tell your side of the story or shift blame to another person and hope for the matter to go away. There is very little to be gained from speaking to the Police about allegations they are making against you. The interview will be shown in Court and any admissions you make will be used against you. The purpose of the interview is to try to fill the gaps in the Police story. It is the Police’s job to prove any case against you. You are not obligated to assist them.

Contact us for advice if the Police wish to interview you. We can attend the interview to assist you if you require it.

For serious charges such as these it is important to obtain the best possible legal representation. Our lawyers are experts and we have several accredited criminal law specialists who work at our firm. We can distinguish ourselves from other firms by offering experienced in-house trial counsel who can assist you with preparing your trial from the very first meeting. Our lawyers will ensure that the Prosecution prove their case against you.

When entering a plea it is important to ensure you are entering a plea to the fairest possible set of charges. We can conference with the Police and advocate on your behalf for charges to be reduced or for fairer quantities to be alleged. The difference between initial charges filed and charges that are properly case conferenced could mean years off your sentence. 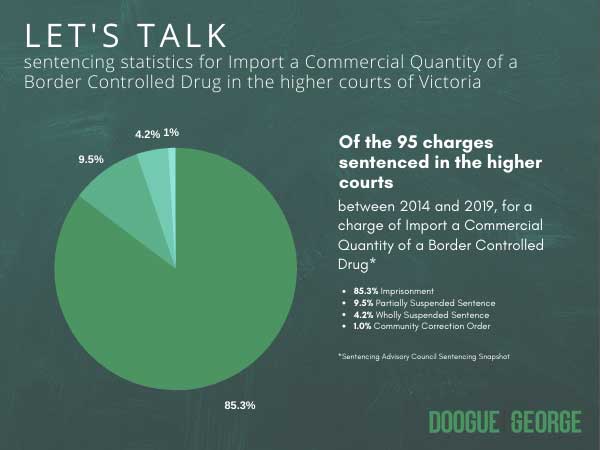 This offence is heard in the County Court.

A person imported or exported a commercial quantity of a border controlled drug or plant.

The section that covers this offence is section 307.1 of the Criminal Code Act 1995.

The elements of this charge are:

“Did you know you had drugs in your luggage?”


Questions a Judge will ask a jury

A Judge presiding over a trial for this offence may ask the jury to consider:

The maximum penalty for Importing and Exporting Commercial Quantities Of Border Controlled Drugs Or Border Controlled Plants (s307.1 of the Criminal Code Act 1995) is imprisonment for life or a fine of 7,500 penalty units, or both.