– section 54 of the Taxation Administration Act This offence is a rare offence and generally occurs in situations where a person or corporation fails to keep their tax records in English or in a form that can be easily translated into English.

What are some of the possible defences to a charge of Form of Record – English Language?

This charge would generally be heard in the Magistrates’ Court.

“Are your tax records only in a foreign language?”

What is the legal definition of Form of Record – English Language?

The offence is made out if the accused was required to keep tax records and the records were not kept in English or in a form that could be easily translated into English.

The section that covers this offence is section 54 of the Taxation Administration Act 1997.1 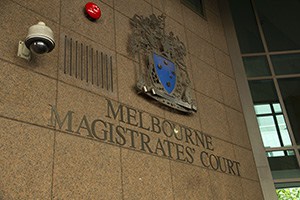 If found guilty of this offence you will incur a fine.

(1) A person who is required by a taxation law to keep a record must keep the record in English or in a form that can be readily converted or translated into English.
Penalty: 200 penalty units in the case of a body corporate; or 40 penalty units in any other case.
(2) The Commissioner may recover from a person referred to in subsection (1) the costs reasonably incurred by the Commissioner in converting or translating a record into English—
(a) in the Magistrates’ Court irrespective of the amount; or
(b) in any other court of competent jurisdiction.