The crime of making False Statements By Company Directors is in section 85 of the Crimes Act 1958 in Victoria. It is a criminal offence for an officer of a body corporate or unincorporated association to publish a written statement or account which is misleading, false, or deceptive.

Have you been accused of False Statements By Company Directors? You must call us to arrange a confidential conference with one of our experienced criminal defence lawyers before you speak with the police. 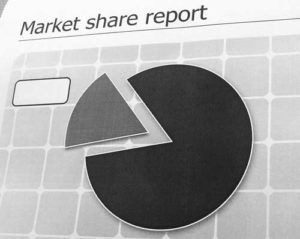 One of lawyers can attend the police interview with you to make sure you do not say or do anything which you are not required to. If you make admissions or a version of events which is inconsistent with the objective evidence, the prosecution will use this against you in Court.

If you have been charged with the offence of False Statements by Company Directors, the next step is to obtain advice from a lawyer about defending the allegation. The police will compile a brief containing evidence they say proves the charge against you.

At Doogue + George Defence Lawyers, we take the time to carefully consider the brief and provide you with comprehensive legal advice on your best strategy for defending the charge against you.

Deciding to plead guilty to a charge of False Statements by Company Directors does not mean the work is done. Preparing for your plea is just as important as defending the case. A well-prepared plea can be the difference between a non-conviction or conviction outcome, the latter having a direct impact on your everyday life.

We will ensure we know everything about personal history and the circumstances that lead to the offending to be able to tell the Magistrate or Judge a story about you that will persuade them to impose the lowest possible penalty.

The maximum penalty for False Statements By Company Directors (s85 of the Crimes Act 1958) is level 5 imprisonment (10 years).

In severe cases where the extent of the damage caused by the false statement is significant, you may get a prison sentence if found guilty. In less serious cases, you could get fine.

The section that covers this offence is section 85 of the Crimes Act 1958.


“Were false statements made?”


What is the legal definition of False Statements By Company Directors?

The Prosecution must show that you are a director or officer of a corporation. And you published a written statement or account which may be misleading or deceptive. And did so with intent to deceive members or creditors of the body corporate.