False Imprisonment is when you hold someone else against their will.

What are some of the possible defences to a charge of False Imprisonment?

The maximum penalty for this offence is level 5 imprisonment (10 years).

“Did you restrain someone so they couldn’t get away?”

What is the legal definition of False Imprisonment?

False imprisonment is a common law offence, so the legal definition is found in case law. The Prosecution must show that you intentionally and unlawfully restrained the liberty of another person against his or her will. 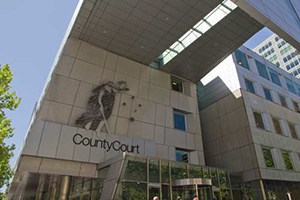 False imprisonment is regarded as a serious offence because the Court takes the deprivation of a person’s liberty very seriously. However, it is not always easy for the Prosecution to make out. If you have clearly deprived someone else of their liberty and are found guilty for this offence then you are likely to face some time in prison. Your prison term will depend on the circumstances surrounding your actions, like the way you restrained the other person and the length of time they were detained. As such there is no clear cut sentence for this charge.