Fail to Report Accident to Police When Person Injured

Fail to Report Accident to Police When Person Injured

There is an obligation on the driver of a motor vehicle to report an accident to the police where a person, animal or property is damaged/injured when there is a police officer is not present at the scene of the accident. This report must be made in person to the police station most accessible from the scene. Failure to do so is an offence pursuant to 61(1)(e) of the Road Safety Act 1986. 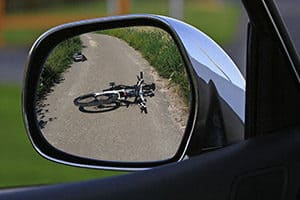 Which court will the case be heard in?
As a summary offence, any summons for this charge will primarily be handled by the Magistrates’ Court.
Meaning of Fail to Report Accident to Police When Person Injured

Examples of Fail to Report Accident to Police When Person Injured

The legislation for this offence can be found on section 61(1)(e) of the Road Safety Act 1986.
Defences
Defences that are often run in relation to this charge revolve around a factual dispute. A lawyer ensures that all facts reported to the Court are valid and accurate. Wrong facts may lead to a criminal charge being dismissed.

Honest and reasonable mistake as to a fact is also a consideration. That is where you would submit to the Court that you were unaware that you had been involved in a collision. The onus is on you to satisfy the Court that your mistake was honest and reasonable in the circumstances. Other defences may further be used depending on the circumstances.

If you are intending to plead guilty it is important to discuss with your lawyer the best way to get the best result. This is especially so, because mandatory license disqualifications apply.

Traffic offences are viewed seriously by Courts and can lead to a multitude of negative consequences. If you have been charged with this offence, it is important that you see a lawyer as soon as possible. A conviction and driver’s license disqualification can have a detrimental impact on a person’s life. Your lawyer will assess your circumstances and discuss the options available to you.
Maximum penalty for section 61(1)(e) of the Road Safety Act 1986

From 1 July 2013 to 30 June 2016, there were 157 cases (158 charges) of Fail to Report Accident to Police When Person Injured that were heard in the Magistrates’ Courts of Victoria. More than half (53.5%) of these cases resulted in financial penalties while the rest were faced with various sentencing options:

Of the 19 cases that led to imprisonment, 36.8% (majority) was sentenced to a term between 3 and 6 months. The longest prison term handed down by courts was more than 36 months but this was given to only 5.3% that were sentenced to prison.1