Fail to Ensure Ammunition is Carried/Used in a Secure Manner and is Not Lost/Stolen is found in section 126(4) of the Firearms Act 1996 in Victoria. It is committed by a person who was found to have carried or used cartridge ammunition in a manner that is not secure and dangerous.

Have you been accused of Fail to Ensure Ammunition is Carried/Used in a Secure Manner and is Not Lost/Stolen? 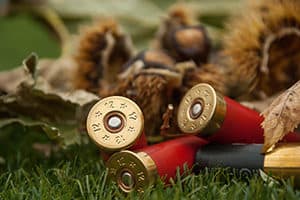 People mistakenly believe that if they tell the Police their side of the story that the matter will simply go away. That is not the case at all. A Police interview is designed to elicit admissions or a version of event from you which locks you in. Before going to any interview about Fail to Ensure Ammunition is Carried/Used in a Secure Manner and is Not Lost/Stolen, you should speak with one of our expert lawyers about what to expect.

We understand that many allegations are untrue. If you want to fight the charge against you, we can conduct our own investigation and carefully examine the Police brief of evidence.

We will meticulously examine the prosecution brief of evidence and look for flaws which may undermine their case against you.

If you want to plead guilty to the charge of Fail to Ensure Ammunition is Carried/Used in a Secure Manner and is Not Lost/Stolen, we can work with you to prepare for the best possible outcome. We will advise you of all the implications this charge may have, such as on your firearms licence.

There is a lot of preparation for a plea hearing, including possible medical reports and character references. We work closely with you to understand your background so we can best present your story to the court in a plea hearing. This preparation helps to achieve the best possible sentence. 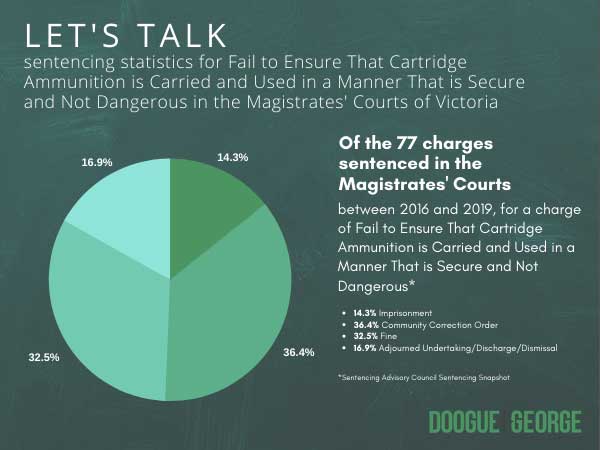 As a summary offence, any summons for this charge will be normally heard by the Magistrates’ Court.

What is the legal definition of Fail to Ensure Ammunition is Carried/Used in a Secure Manner and is Not Lost/Stolen?

The legal definition of this offence is ensuring that cartridge ammunition, when being carried or used, is carried and used in a manner that is secure and not dangerous, and taking reasonable precautions to ensure that it is not lost or stolen.

The legislation for this offence can be found on section 126(4) of the Firearms Act 1996.

Was the manner in which the ammunition was used or carried ‘dangerous’? If someone was hurt, the prosecution will argue that the manner was dangerous.

Criminal defences that are available are honest and reasonable mistake of belief, necessity, sudden or extraordinary emergency, concept of beyond reasonable doubt, and incorrect factual matrix.

If you have been charged with this offence, it is important that you see a lawyer as soon as possible. Your lawyer will assess your circumstances and discuss the options available to you. They will give a recommendation as to whether you should make a guilty plea or challenge the charge in court.

Often people do plead guilty to charges such as this. If you intend to plead guilty then you should discuss this with your lawyer. Organising your material and presenting your case well in Court will have a substantial impact on the outcome of your case.

The offence of Fail to Ensure Ammunition is Carried/Used in a Secure Manner and is Not Lost/Stolen (s126(4) of the Firearms Act 1996) carries a maximum fine of 60 penalty units (around $9, 670) or 12 months imprisonment as a penalty. The sentence received depends on the circumstances of the case. Obviously the circumstances of the case will matter enormously as to whether a penalty would be in the upper end of the sentencing range.