The offence of Driving Disqualified is found in section 30(1) of the Road Safety Act 1986. It is an offence for a person to drive a motor vehicle on a highway while their driver’s licence is disqualified.

Have you been accused of Driving Disqualified? You should speak with one of our traffic lawyers to get some advice about your options.

For an allegation of Drive whilst Disqualified, the police will conduct an interview on the side of the road. The interview is sometime recorded on their body-worn camera or the police officer may simply write down the answers you provide. It is important to remember that anything you tell police can appear in the brief of evidence against you. Your answers can determine how you run your case in Court.

One of our lawyers can represent you in Court if you decide to plead ‘not guilty’ to an allegation that you drove whilst disqualified. There may be a number of reasons why you dispute the charge:

Our lawyers will listen to your side of the story and formulate a defence for you. We will request disclosure material that the police may not look for as part of their investigation. We have decades of experience representing people in Court at contested hearings and have achieved great outcomes.

If you decide to plead guilty to a charge of Drive while Disqualified, we can represent you at the plea hearing. Having a lawyer represent you in Court can take the anxiety of having to address the Magistrate on your own. Our lawyers will take your instructions and present information to the Magistrate they should know about you. 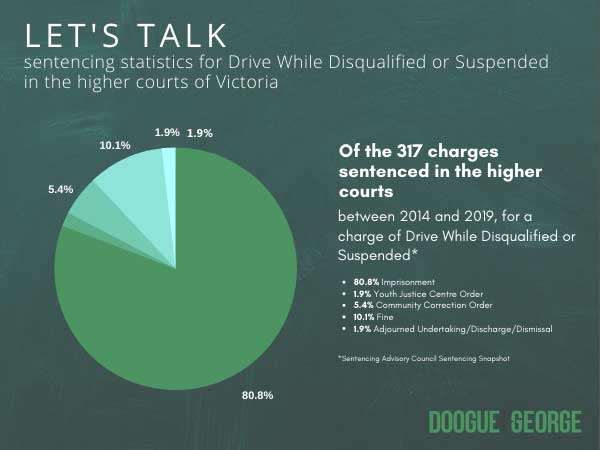 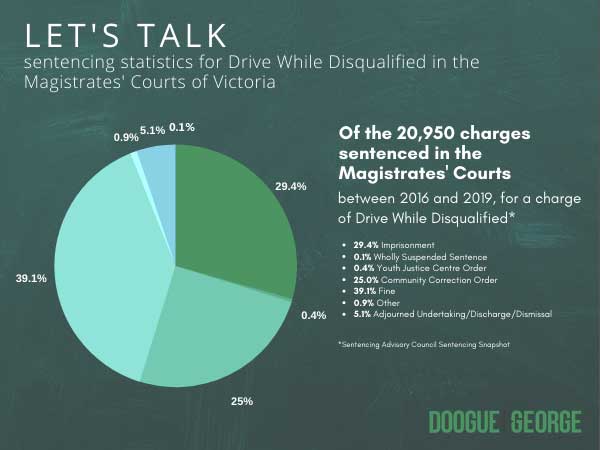 The accused did not drive

It could also be the case that you deny you were driving and say that someone else was. If this defence is raised, the police may pursue you under s 60 of the Act which makes it an offence to not give information which may lead to identification of the driver if the person can give it.

It is also important to note though that there have been cases where the driver and passenger have swapped seats and then lied about who was driving. This may result in a charge of attempting to pervert the course of justice which is a serious offence punishable by up to 25 imprisonment.

The accused did drive but not on a highway

The accused was not driving a ‘motor vehicle’

Honest and reasonable mistake of fact

If the accused had an honest and reasonable belief that their licence was not disqualified, this provides a defence to the charge. This is often raised in situations where the accused claims to not have been notified of the disqualification or where there has been inconsistent communication received from VicRoads. This is ultimately a question of fact for the Magistrate.

In DPP v Foster [2000] VSC32, the Director of Public Prosecutions appealed the finding of a Magistrate in a case involving a charge of driving whilst suspended. After conducting a licence check a police officer had told the plaintiff that his licence had been suspended. The issue on appeal was whether or not the plaintiff had reasonable grounds for holding the belief that he was entitled to drive. In refusing the appeal, Hedigan J held that while it would rarely be the case that a reasonable belief could be held that the person was entitled to drive because his or her licence was not suspended after having been told by a police officer that it had been suspended, that this was such a case. Hedigan J found that it was open to the Magistrate to find that the belief was reasonable in circumstances where the plaintiff had not been notified in writing that his licence was suspended and where he felt that the police were ‘picking’ on him.

It may be that you say you had no option but to drive because there was an emergency. The law of necessity is complex however, if this defence is raised, the onus is on the accused to show: (i) that the harm sought to be avoided outweighed the danger of driving whilst disqualified; (ii) there was no reasonable alternative; (iii) he ceased to drive as soon as the danger passed; and (iv) he or she did not create the danger sought to be avoided.

For a first offence of Driving Disqualified (s30(1) of the Road Safety Act 1986), a sentence of up to 30 penalty units ($4,428.30 as at 1 July 2014) or imprisonment for four months may be imposed. For a subsequent offence, a sentence of up to 240 penalty units ($35,426.40) or imprisonment for up to two years may be imposed. There is no associated mandatory licence loss of licence however the court may exercise the general discretion vested in it by s 28 of the Act to suspend or cancel a driver’s licence for such time as it thinks fit.

Drive whilst disqualified does not attract a demerit point penalty.

Which court will this charge be heard in?

The charge is usually heard in the Magistrates’ Court however pursuant to ss 242 and 243 of the Criminal Procedure Act 2009 (Vic), the County Court and Supreme Court may hear and determine the charge if the accused is before those courts for indictable offences.

Pursuant to s 243 of the Criminal Procedure Act 2009 (Vic), the County Court or Supreme Court may hear and determine an unrelated charge of drive disqualified if the accused is before the court for an indictable offence, intends to plead guilty to the drive disqualified, and consents. If these criteria are not satisfied then the charge will remain in the Magistrates’ Court.

Pursuant to s 30(1) of the Road Safety Act 1986 (Vic) (“the Act”), a person must not drive a motor vehicle on a highway during a period of disqualification from obtaining a licence or permit.

The Elements of driving disqualified

The prosecution must prove each of the following four elements beyond a reasonable doubt for an accused to be found guilty of this offence.

Section 3 of the Road Safety Act 1986 (Vic) states that ‘drive’ includes being in control of a vehicle. Section 3AB of the Act states that a person steering a motor vehicle being towed by another motor vehicle is taken to be driving the towed vehicle.

‘Vehicle’ is defined by s 3 of the Act and means a conveyance that is designed to be propelled or drawn by any means and includes bicycles and other pedal-powered vehicles.

‘Motor vehicle’ is defined by s 3 of the Act and means a vehicle that is used or intended to be used on a highway and that is built to be propelled by a motor that forms part of the vehicle but does not include a vehicle intended to be used on a railway or tramway, a motorised wheelchair not capable of a speed of more than 10kmh which is used solely for the conveyance of an injured or disabled person, or a vehicle that the Governor in Council has declared to not be a motor vehicle.

Element 3: The accused drove on a highway

Highway is defined by s 3 of the Act to mean ‘road’ or ‘road related area’. ‘Road’ is also defined in s 3 of the Act and means ‘an area that is open to or used by the public and is developed for, or has as one of its main uses, the driving or riding of motor vehicle, or a place that the Governor in Council has declared a road.

Element 4: The accused was disqualified

Pursuant to s 3AE of the Act, a person who holds a valid interstate licence but who has been disqualified in Victoria cannot drive.

Case Examples from our firm