Dishonestly Cause a Loss

Dishonestly Cause a Loss is found in section 135.1(3) of the Criminal Code Act 1995 in Victoria. It is committed by a person who was found to have done something that resulted in a loss or risk of a loss to a Commonwealth organisation.

Have you been accused of Dishonestly Cause a Loss? 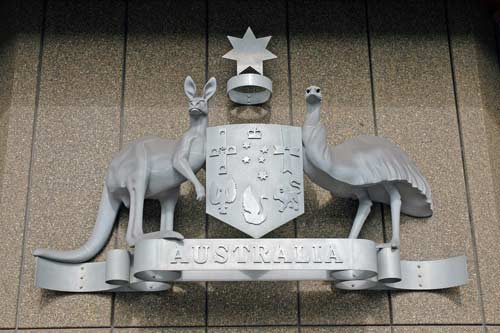 Have you been contacted by the police to be interviewed about an allegation of Dishonestly Cause a Loss? It is important to seek legal advice before speaking with the police to make sure you understand your rights. You don’t want to answer questions which may harm your ability to defend the allegations because you mistakenly believe it will help your position.

An interview is part of the investigation. The police and prosecution can use what you say as evidence to support a case against you. The interview is not an opportunity for you to explain your side of the story. Often the police has already decided that they will charge you, regardless of whether you answer any questions or not. Also the police will have already gathered evidence to prove the charge against you.

If you want to fight a charge of Dishonestly Cause a Loss, we will work hard to carefully examine the investigation and look for any issues. Something might have been missed, or there might be issues with the evidence the police do have. This will come out with a thorough examination of the brief of evidence.

Our lawyers take a pro-active approach when representing our clients and will conduct our own investigation and work to get evidence to support your defence. There might be financial documents which need to be examined to determine if there has been a loss and to what extent.

If you decide to plead guilty to Dishonestly Cause a Loss, our experienced lawyers will work with you to best prepare for a plea hearing. Our lawyers might be able to argue that the summary of offending should change because it may not accurately describe your instructions.

Our lawyers can also advise how best to prepare for the plea hearing, including organising character references and supporting materials. This preparation can make all the difference when you ultimately attend Court. Careful preparation will give you the best footing to get the fairest outcome. 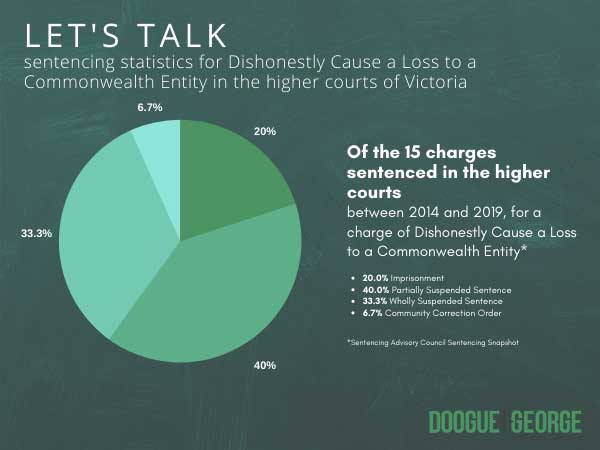 This offence could be heard in the Magistrates’ Court or the County Court, depending on the severity of the offence.

Examples of Dishonestly Cause a Loss

What is the legal definition of Dishonestly Cause a Loss?

Intentionally and dishonestly causing a loss, or a risk of loss, to a Commonwealth entity.


“Have you been charged with a Commonwealth dishonesty offence?”

The section that covers this offence is section 135.1 of the Criminal Code Act 1995.

A person may be found guilty of this offence if the prosecution is able to establish the following elements in court beyond reasonable doubt:

In cases where the loss is extensive and significant you may face a prison sentence. However, a fine or a Community Corrections Order is more likely for causing a loss that is not significant.

< Back to Federal Offences
< Back to A -Z of Offences