Destruction of Evidence is found in section 254 of the Crimes Act 1958 in Victoria. It is committed by a person who destroyed or prevented documents from being used as evidence in a legal proceeding.

Have you been accused of Destruction of Evidence? This is a serious charge and should be given priority. 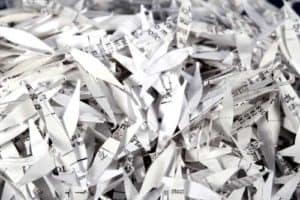 The purpose of the interview is not to search for the truth but rather to obtain evidence that can be admitted against you in court at a trial. This evidence comes in the form of admissions. You may say things that you think innocuous or of no consequence thinking you are simply ‘telling the truth’. Your answers can be used against you in ways you wouldn’t expect. Your statements could be used to try and discredit you to a jury or show you are a liar or an inconsistent storyteller if what you say changes, even slightly, forcing you into the witness box and subject to cross-examination.

Call one of our lawyers if you are asked to attend a Police interview for advice on whether you should or should not comment in your specific situation.

We can also support you in a Police interview to ensure the process goes smoothly if you need.

You can take your matter to trial if you deny an allegation of Destroying Evidence. The Prosecution will work very hard to secure a conviction. Our lawyers work just as hard to ensure that you can defend your case effectively. We have in-house trial barristers who will get involved in your case from the beginning. They are experts in running jury trials and at questioning witnesses.

In some cases we may even be able to persuade the Prosecution to drop charges before ever going to trial.

You should only plead guilty if that is the best option for you. Our lawyers will advise you if this is the sensible approach after reviewing the brief of evidence. After speaking with Police you may think that there is no option but to please guilty and that the case is very strong.

If it in your best interests to plead guilty we know how to present your plea in mitigation to the Court in the most positive manner. We understand sentencing and know what does and does not work and can help you get the best outcome.

Examples of Destruction of Evidence

What is the legal definition of Destruction of Evidence?

Knowing a document was likely to be required in a legal proceeding, the accused destroyed the document; or rendered the document incapable of being identified. With the intention of preventing it from being used as evidence.


“Did you destroy or render illegible a document required in a legal proceeding?”

The section that covers this offence is section 254 of the Crimes Act 1958.1

For an accused to be proven guilty, the prosecution must establish the following elements beyond reasonable doubt:

Maximum penalty for section 254 of the Crimes Act 1958

The maximum penalty for the offence of Destruction of Evidence (s254 of the Crimes Act 1958) is level 6 imprisonment (5 years) or a level 6 fine or both.

In severe cases, if you are found guilty, you could serve a term of imprisonment. However if the document is not particularly significant you are more likely to face a fine or a Community Corrections Order.