Dealing with Property Which Subsequently Becomes an Instrument of Crime

Dealing With Property Which Subsequently Becomes an Instrument of Crime is found in section 195A of the Crimes Act 1958 in Victoria. It is an offence for a person to possess or pass on an item to be used in a crime.

Have you been accused of Dealing With Property Which Subsequently Becomes an Instrument of Crime? 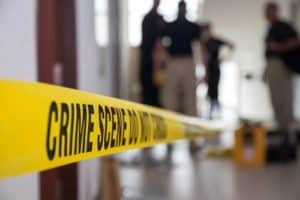 Prior to attending your interview, you should contact us and arrange a conference with one of our lawyers. We will explain the interview process to you, the types of questions you should suspect and what generally happens after an interview has concluded. We can also attend an interview with you. People often feel more comfortable having a lawyer accompany them to their police interview.

Our lawyers analyse and police briefs and assist people to contest charges every day. We have extensive experience reviewing evidence, working out the best available defense and advising our clients accordingly.

If you wish to plead not guilty, you should book an appointment with one of our lawyers. Bring your paperwork with you so we can appraise the brief. The lawyer will be able to give you some broad advice and explain the process of contesting charges. The lawyer will point out the elements of the offence the police need to prove for you to be found guilty and the type of evidence that would need to be forthcoming to make out these elements.

If you decide to plead guilty, our lawyers will assist you to negotiate the charges and allegations with the prosecution to resolve the matter as favourably as possible for you.

We will then work with you to gather character references, relevant medical evidence, refer you to offence specific courses/counselling and prepare submissions. This will mean that you go to court with a thoroughly prepared plea in mitigation that will assist you in obtaining the best result possible in your case.

The maximum penalty for the offence of Dealing with Property Which Subsequently Becomes an Instrument of Crime (s195A of the Crimes Act 1958) is level 4 imprisonment (15 years).

This charge may be heard in the Magistrates’ Court or County Court.


“Did you have something that was used in a crime?”

The sentence imposed will depend on the crime and your particular conduct with the property. If the item was used in a minor theft, the sentence will be less harsh than if it was used in a serious crime like a murder or assault.

The section that covers this offence is 195A of the Crimes Act 1958.

Check out some of the criminal cases we’ve defended in court that involve the offence of Dealing with Property Which Subsequently Becomes an Instrument of Crime: