In Victoria, Dangerous Non-guard Dog Attacks or Bites a Person or Animal – Person in Control is found in section 29(1) of the Domestic Animals Act 1994. It is a criminal offence that is committed by a person who was in control of a dangerous non-guard dog that attacked or bit another person or animal. Note that this charge does not apply when the dog is a guard dog guarding non-residential premises. 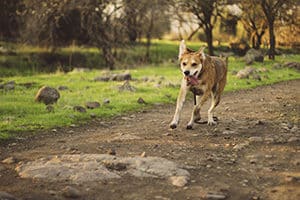 Have you been accused of Dangerous Non-guard Dog Attacks or Bites a Person or Animal – Person in Control? If yes, you will have some important questions that you would like to ask a defence lawyer. Make a time for a confidential conference with one our highly experienced defence lawyers where you can ask your questions.

People charged with the offence of Dangerous Non-guard Dog Attacks or Bites a Person or Animal (Person in Control) will ordinarily not have much experience dealing with being interviewed. People charged with this offence are usually otherwise law-abiding citizens who are out walking their dog when an unexpected incident occurs. They are suddenly confronted with a request to participate in an interview and unsure how to manage the situation.

We can assist you with navigating the unfamiliar interview process. We can explain what will happen when you arrive to be interviewed, how the interview will be conducted and the types of questions the investigator will ask you. Most importantly, we will explain that the interview is part of the police evidence gathering exercise. How you answer questions in the interview will have an impact on whether your charged and your prospects of successfully defending the charges.

You should contact us and book a conference with a lawyer prior to your interview.

We can assist you with fight the charge of Dangerous Non-guard Dog Attacks or Bites a Person or Animal (Person in Control). We can review the evidence and explain the best avenues for defending the charge, such as querying whether you were in apparent control of the dog at the time of the attack / biting, whether the evidence establishes that was an attack / biting and whether the dog involved was a ‘dangerous dog’ or ‘restricted breed dog’.

Our lawyers are pro-active and will conduct their own investigation into your matter. There may be evidence which the investigator has over-looked that can help your case.

If you decide to plead guilty to this charge, we can help you prepare your plea. We would help you explain the offending and bring the Court’s attention to relevant considerations such as whether or not the dog has been put down / whether any reparations that have been made to the victim.

We would also prepare submissions that we would present to the sentencing Magistrate on your behalf and gather other relevant evidence that would help mitigate your sentence. It is important to engage a lawyer to represent you at your plea of guilty to maximize your chances of getting the best result possible. 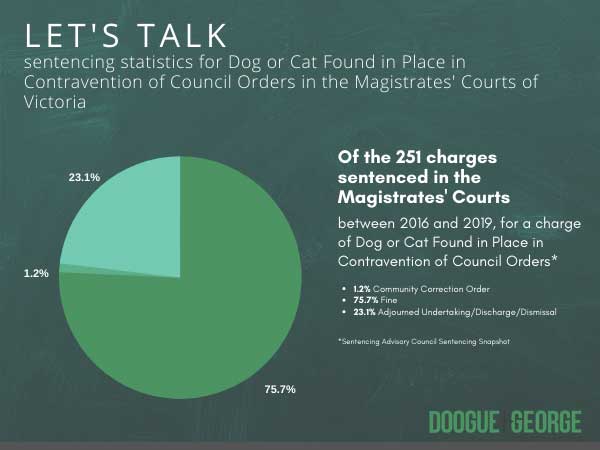 This offence is heard at the Magistrates’ Courts.

What is the legal definition of Dangerous Non-guard Dog Attacks or Bites a Person or Animal – Person in Control?

“If a dangerous dog, that is not a guard dog guarding non-residential premises, or a restricted breed dog attacks or bites any person or animal, the person in apparent control of the dog at the time of the attack or biting, whether or not the owner of the dog, is guilty of an offence and liable to a term of imprisonment not exceeding 6 months or to a fine not exceeding 120 penalty units.”

The legislation for this offence of dangerous non-guard dog attacks or bites a person or animal (person in control) is section 29(1) of the Domestic Animals Act 1994 (Vic) (‘the Act’).

Element 1: The dog was a dangerous or restricted breed dog
A dog is a ‘dangerous dog’ if it is kept as a guard dog on a non-residential premise, or if the dog has been trained to attack or bite any person or any thing.1

The following are restricted breed dogs:3

Element 3 – The dog attacked or bit another animal
A dog must have bitten or attacked someone for this offence to apply.

Attacking is not defined in the act but can include biting, rushing at or chasing a person or animal.4


“Can they prove you were in control of the dog?”

It is important to note that someone can be in apparent control of a dog without being the dog’s owner.

Defences to this charge would generally focus on the issue of control and whether a person was in control of the dog.

Other possible defences include:

It may be that your instructions are to plead guilty to the charge in which case your lawyers role is to explain the mitigating circumstances of case to the magistrate to minimise the penalty you receive.

Whether you should contest or plead guilty to this offence depends on many factors that are best assessed by a criminal lawyer.

The value of a penalty unit is revised annually by the Department of Treasury and Finance on 1 July each year. As such, the maximum fine for this offence is liable to change.

Depending on the severity of the matter, there is the possibility of having a case such as this dealt with by way of diversion.