The offence of Cultivation of Narcotic Plants (Large Commercial Quantity) is found in section 72 of the Drugs, Poisons and Controlled Substances Act 1981 (‘the Act’). It is a criminal offence for a person to cultivate or attempt to cultivate narcotic plants in a quantity that is larger than the commercial quantity without authorisation. The Act defines a ‘large commercial quantity’.

Have you been accused of Cultivation of Narcotic Plants (Large Commercial Quantity)? This is a serious offence which may lead to a term of imprisonment if it is not handled correctly by an experienced defence lawyer. You must get in contact with our firm as soon as you become aware of this allegation. 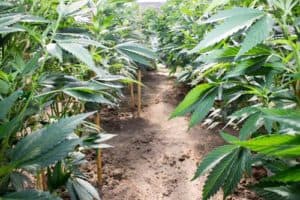 The Police Interview is part of the investigation into the allegations against you. It is not the time for you to explain yourself and present your story. It is important that you speak to a lawyer before an interview to ensure you understand your rights. You may want to know:

Often in cases of allegations of Cultivation of Narcotic Plants (Large Commercial Quantity), the Police will execute a search warrant and you will be arrested for an interview. You have the right to speak to a lawyer from the station and can insist that you obtain legal advice before the interview. Alternatively, you can have a lawyer present with you during the interview if it makes you comfortable knowing that you have someone on your side protecting your interests.

This is a serious offence that carries a maximum penalty of life imprisonment. It is critical that you obtain expert legal advice to understand your options. We are experienced at defending cases thoroughly and persistently.

We know how to carefully examine the brief of evidence to look for weaknesses in the police case, while also conducting our own investigation for evidence that supports your defence.

Our lawyers work with in-house counsel to prepare a defence strategy for you from the early stages of proceedings.

If you decide to plead guilty to Cultivation of Narcotic Plants (Large Commercial Quantity), it is important the case is resolved on the best basis possible. This may involve negotiating the specific of the charge or the summary of offending with the prosecution.

There is substantial preparation for a plea hearing to achieve the best sentence possible. Our lawyers will obtain expert reports, assist you to complete relevant courses and counselling, and gather character references from those close to you. We work with you to understand your personal circumstances and background, ensuring that we comprehensively explain your story to the Court.

This sort of charge will generally be heard in the county Court.

What is the legal definition of Cultivation of Narcotic Plants – Large Commercial Quantity?

Cultivating or attempting to cultivate a narcotic plant in a quantity, that is not less than the large commercial quantity applicable to that narcotic plant.


“Can they prove that you were involved in the cultivation?”

The section that covers this offence is section 72 of the Drugs, Poisons and Controlled Substances Act 1981.

The prosecution must prove the following elements to prove that the accused is guilty:

Maximum penalty of section 72 of the Drugs, Poisons and Controlled Substances Act 1981

Cultivation of narcotic plants in a large commercial quantity (s72 of the Drugs, Poisons and Controlled Substances Act 1981) is a very serious offence for which the Courts say that you normally must serve a lengthy prison term if you are found guilty.

The maximum penalty for this offence is life imprisonment (level 1 imprisonment) including a fine of not more than 5000 penalty units.