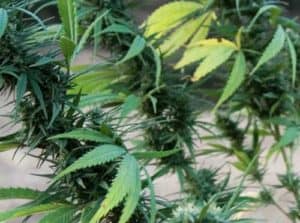 If you are charged with Cultivating a Commercial Quantity of Narcotic Plants, it is important to immediately engage one of our expert lawyers to defend you in court. One of our lawyers will:

Our lawyers don’t just accept the police brief as being a truthful bundle of documents. Our lawyers conduct their own investigation and in some cases, obtain evidence that supports your innocence. If your matter proceeds to trial, we have in-house counsel who regularly run jury trials in the County Court and have achieved great outcomes for our clients in the past.

If you decide to plead guilty to Cultivating a Commercial Quantity of Narcotic Plants, one of our lawyers can advise you of all of the possible consequences so you are properly informed. The plea hearing will most likely be the most significant court appearance of your life. You want a lawyer who is going to prepare a plea strategy for you to reduce the penalty you ultimately receive.

Our lawyers have decades of experience appearing in Court and know the types of submissions which work to mitigate the penalty. 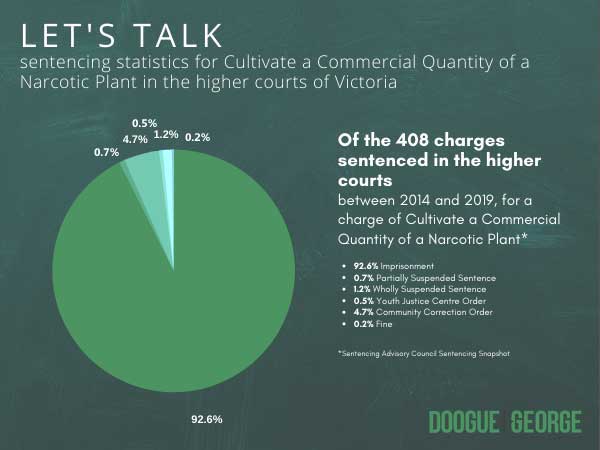 The maximum penalty for Cultivation of Narcotic Plants – Commercial Quantity (s72A of the Drugs, Poisons and Controlled Substances Act 1981) is level 2 imprisonment (25 years).

It is a very serious offence that will normally result in imprisonment being imposed by the County Court.

The section that covers this offence is section 72A of the Drugs, Poisons and Controlled Substances Act 1981.

What is the legal definition of Cultivation of Narcotic Plants – Commercial Quantity?

Cultivating or attempting to cultivate a narcotic plant in a quantity, that is not less than the commercial quantity applicable to that narcotic plant.