Contravene Family Counselling Order is found in section 130 of the Family Violence Protection Act 2008 in Victoria. It is a criminal offence for a person to fail to attend family counselling if it is ordered by the Court.

Have you been accused of Contravene Family Counselling Order? 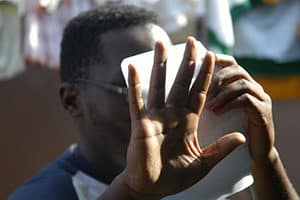 Before attending an interview about contravening a family counselling order, contact our office to receive legal advice. It may be best you answer questions to explain why you failed to attend counselling. You might have a reasonable excuse to tell the police which will mean they decide not to charge you.

If the police have charged you with this offence and you want to plead not guilty, we can protect your interests in Court. We would request the brief of evidence, identify the issues with the police case, determine what work we need to do to ensure the best possible chance of success and aim for the charge to be withdrawn or otherwise not proven in court.

Perhaps you struggled to attend some counselling sessions but you have a perfectly good explanation. It is our job to help the court understand why you contravened the order and to achieve the best possible outcome in court for you. There is always context to offending and we strategise the best explanation to ensure the court understands your situation and sentences you fairly. 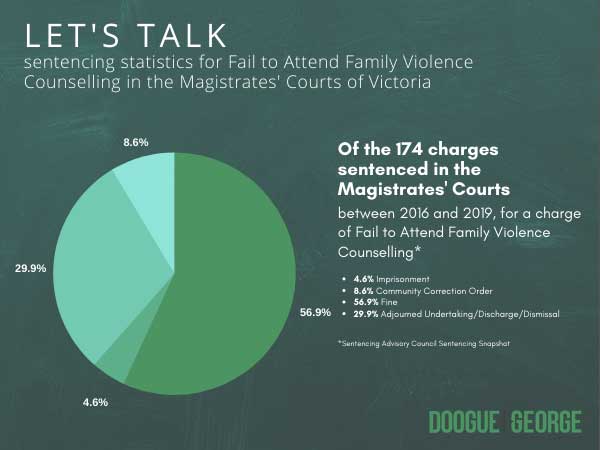 What is the legal definition of Contravene Family Counselling Order?

This charge is legally defined as the contravention of a family counselling order under section 130 of the Act, without reasonable excuse, by a person who was subjected to such order.

The offence of Contravene Family Counselling Order is governed by section 130 of the Family Violence Protection Act 2008.

Elements: When can a person be found guilty of this offence?

The accused, as the respondent, may be found guilty of this charge if:

The following defences are available for this charge:

The offence of Contravene Family Counselling Order (s130 of the Family Violence Protection Act 2008) carries a maximum fine of 10 penalty units (around $1,600).