Bigamy is in section 64 of the Crimes Act 1958 in Victoria. It is committed by a person who is legally married to 2 or more people. If you have been accused of committing such an offence, speak with Bigamy lawyers immediately.

If the police suspect you of Bigamy, they will want to formally interview you. It is best not to ignore the police request for an interview or otherwise they might come and arrest you at work or home. 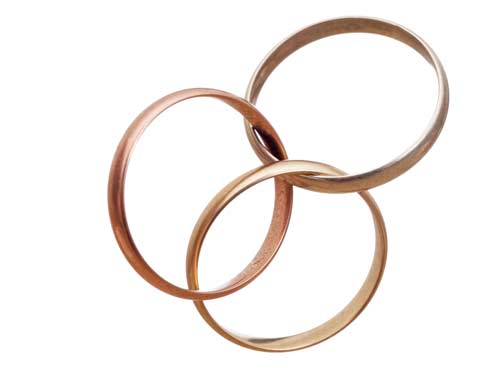 Our lawyers have experience in attending police interviews and can attend with you if you want us to do so.

If you have been charged with Bigamy, you will need competent legal representation from a lawyer about defending the allegation in Court. The prosecution will present a brief containing evidence they say shows you are guilty of Bigamy to the jury. At Doogue + George Defence Lawyers, our lawyers are skilled advocates and will vigorously represent you in Court to give you the best chance of securing a not guilty verdict. A bigamy case would normally resolve one way or the other before a Court hearing.

If you decide to plead guilty to a charge of Bigamy, it is essential that you get advice from a lawyer. Our lawyers are experienced in appearing in plea hearings and know how to craft carefully considered persuasive legal submissions.

When we will assist you to prepare for your plea hearing. We will:

This will assist you get to the best possible outcome.

This is a charge that would be heard in the Magistrates’ Court.

We had a client who was married in India and not properly divorced. He pleaded guilty and was given a fine as penalty

What is the legal definition of Bigamy?

The legal definition of Bigamy is when a person who is legally married gets married to another person.

The section that covers this offence is section 64 of the Crimes Act 1958.

The prosecution must prove the following elements beyond reasonable doubt for an accused to be found guilty of Bigamy:


“Was the previous marriage lawful?”

Maximum penalty for section 64 of the Crimes Act 1958

The maximum penalty for Bigamy (s64 of the Crimes Act 1958) is 5 years imprisonment.

What can you be sentenced to for Bigamy?

Only the most serious Bigamy offences will mean a period of gaol.

Now that property rights do not depend so much simply on being married the Courts do not usually put people in gaol for bigamy.