Animal Cruelty is found in section 9 of the Prevention of Cruelty to Animals Act 1986. It is committed by a person who was found to have inflicted cruel treatment to an animal. Cruel treatment covers a wide range of acts such as abuse, abandonment, neglect, wounding, overworking, and more.

Have you been accused of Animal Cruelty? 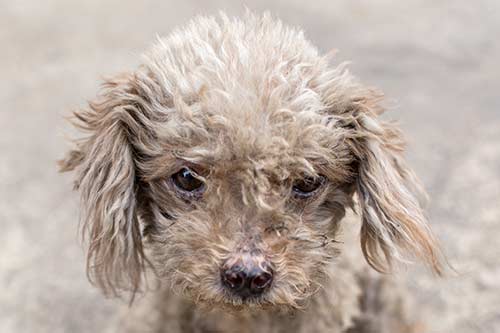 Have the police contacted you about your possible involvement in the mistreatment to an animal? It is extremely important for the protection of your rights that you seek legal advice before you speak with the police. The police will want to interview you to get admissions or fill in the gaps in their own investigation. Any inconsistencies in your responses will be highlighted in Court as a sign of your guilt.

One of our experienced defence lawyers can advise you on how to best handle the interview process so that you do not harm any defences you may want to run in Court.

If you wish to contest an allegation of Animal Cruelty, we can represent you through the complex Court process. Court can be daunting and being accused of a crime can feel isolating. The advantage of using a firm which specializes in criminal defence work is that we know how to devise a defence strategy for you and protect your interests throughout the entire process.

Our lawyers will ask for the full brief of evidence and look for inconsistencies which can be emphasised at Court. Our lawyers are also skilled cross-examiners and will advance your defence in a meaningful way.

If you wish to plead guilty to a charge of Animal Cruelty, we can advise on the likely penalties you may receive and how to reduce them. We will advise you what needs to be done before Court to improve your situation. This involves not only ensuring the charges and police summary are correct, but also gathering information about you to explain to the Court why the offending came about. 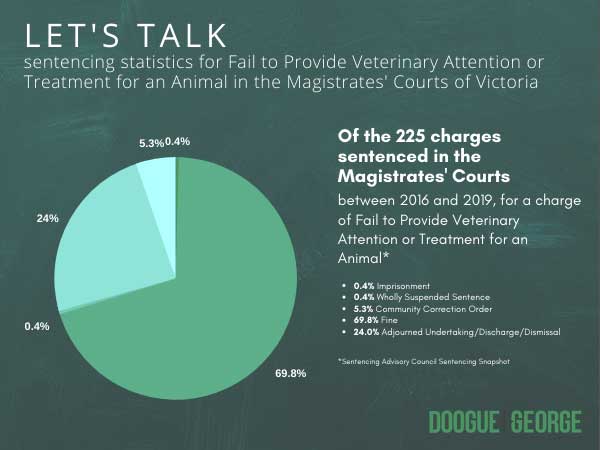 We had a case where a client failed to provide proper food for his horses and a number of them died. He had a number of personal problems that made it hard for him to look after himself, or the horses.

What are possible defences to an Animal Cruelty charge?

This is an offence that is typically heard in the Magistrates Court.


“Was what was done actually cruel?”

What is the legal definition of Animal Cruelty?

The legal definition of Committing an act of cruelty upon an animal is long and complex. It is cruel to do any of the acts or omissions listed below:


“a. wounds, mutilates, tortures, overrides, overdrives, overworks, abuses, beats, worries, torments or terrifies an animal; or
b. loads, crowds or confines an animal where the loading, crowding or confinement of the animal causes , or is likely to cause , unreasonable pain or suffering to the animal; or
c. does or omits to do an act with the result that unreasonable pain or suffering is caused, or is likely to be caused, to an animal; or
d. drives, conveys, carries or packs an animal in a manner or position or in circumstances which subjects or subject, or is likely to subject, it to unnecessary pain or suffering; or
e. works, rides, drives or uses an animal when it is unfit for the purpose with the result that unreasonable pain or suffering is caused to an animal; or
f. is the owner or the person in charge of an animal which is confined or otherwise unable to provide for itself and fails to provide the animal with proper and sufficient food, drink or shelter; or
g. sells, offers for sale, purchases, drives or conveys an animal that appears to be unfit (because of weakness, emaciation, injury or disease) to be sold, purchased, driven or conveyed; or
h. abandons an animal of a species usually kept in a state of confinement or for a domestic purpose; or
i. is the owner or the person in charge of a sick or injured animal and unreasonably fails to provide veterinary or other appropriate attention or treatment for the animal; or
j. other than in accordance with the Catchment and Land Protection Act 1994 , the Wildlife Act 1975 , the Access to Medicinal Cannabis Act 2016 or the Drugs, Poisons and Controlled Substances Act 1981 , intentionally administers to an animal or lays a bait for the animal containing a poison or any other substance which, when administered to that type of animal, has a harmful effect on the animal; or
k. uses spurs with sharpened rowels on an animal; or
l. carries out a prohibited procedure on an animal”1

The section that covers this offence is section 9 of the Prevention of Cruelty to Animals Act 1986.

A range of sentences are possible for an animal cruelty conviction. The sentences go from a fine at the more minor end of the scale, to prison terms at the highest end in the worst cases. Like most criminal cases outcomes depend on the circumstances and what material your lawyer puts before the Court.