In Victoria, Ammunition – Possessing, Acquiring or Carrying is found in section 8 of the Firearms Act 1996. It is a criminal offence for a person found to have bought or sold ammunition as collectors’ items without having the proper licence to do so.

Have you been accused of Ammunition – Possessing, Acquiring or Carrying? If yes, get in touch with us to speak with one of our experienced defence lawyers about how to deal with this allegation. 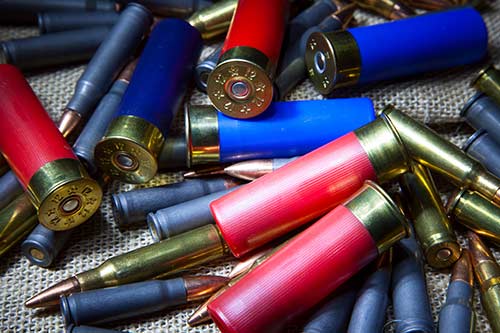 The police will generally interview you for this offence if they believe they have enough evidence to prove that you either possessed, acquired (i.e. obtained) or carried ammunition without have the required licence. You must think carefully about how to approach this interview as you may fall into the trap of making admissions to having possessed ammunition that was not in fact your own. The police will often asking leading questions in order to encourage you to make admissions.

It is worthwhile remembering that police officers’ main reason for interviewing you is to gather evidence to support their case against you. The police interview is not the time or place where you explain your side of the story and expect that police will drop their case.

A lot of people have one of our lawyers attend the police interview with them because they find the process daunting. By attending the interview with you, our lawyers will make sure you understand what will happen and that your rights are protected.

Any information gathered by police during the interview will appear in the brief of evidence if it is helpful to police.

If you believe the police have made a mistake in accusing you of Possessing, Acquiring or Carrying Ammunition, it is important to engage a lawyer at the earliest opportunity, before the police interview if possible. This will ensure you don’t provide the police with information that may help them prove their case against you.

Our lawyers are experienced criminal defence lawyers and will develop a defence strategy for you to increase your prospects of charges being withdrawn or an being found ‘not guilty’. Our lawyers are skilled in looking beyond the police investigation and looking for evidence which the police may have over-looked. The material that exists in the brief of evidence does not always include everything. There may be evidence that points towards your innocence which needs to be preserved.

If there is sufficient evidence to prove the charge of Possessing, Acquiring or Carrying Ammunition, it is important to know which material to provide to the Court in order to get the best possible outcome. It is difficult as a lay person to understand what the Court considers relevant material. That’s where we, as lawyers, can have a great impact on your case.

We have an abundance of experience in firearms cases, so know which factors to tell the Court. Choosing what to say will have the greatest impact on the overall sentence. 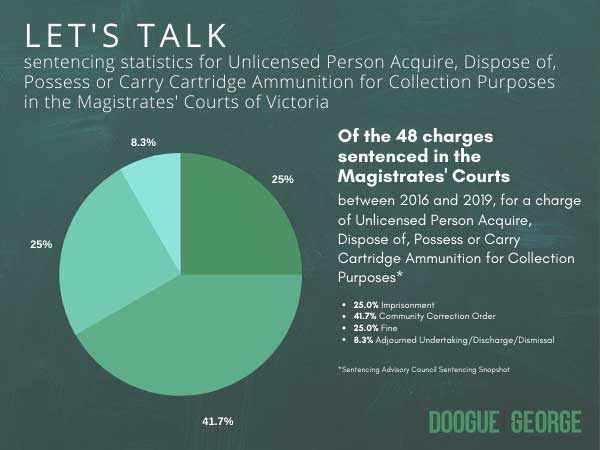 As this is a summary offence meaning it will be heard by the Magistrates Court.

Possessing cartridge ammunition for the purpose of collections can lead to confiscation, fines, a loss of firearms licence, and potentially prison.

The section that covers this offence is section 8 of the Firearms Act 1996.

What is the legal definition of Possessing, Acquiring or Carrying Ammunition?

The legal definition of Ammunition- Possessing, Acquiring, or Carrying is where someone possesses or sells cartridge ammunition for collections without the appropriate licence.


“Were you in possession of the ammunition?”