Unlawfully Take, Use or Divert Water

Unlawfully Taking, Use or Divert Water is found in section 289(1)(A) of the Water Act 1989 in Victoria. It is a criminal offence for a person to take, use, or divert water that is under the control and management of an Authority without their consent, otherwise known as water theft.

Have you been accused of Unlawfully Take, Use or Divert Water? 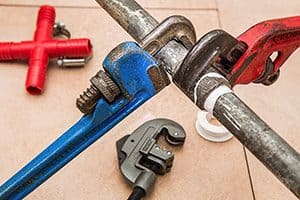 Our lawyers are experts in criminal law and many of our lawyers are accredited criminal law specialists. We have in-house counsel who can work with you from the beginning of your matter. Our firm has an open-door policy which means that multiple expert lawyers will assist your lawyer with ideas and advice regarding how to handle your matter.

With complex matters such as this, it is important that a strong team works together to test the evidence. You may have a reasonable defence such that you did not know the matter was false or misleading. Our lawyers can help you fight the case against you.

It is important that if you are pleading guilty to such a charge that all relevant mitigatory material is placed before the Court to ensure you receive the fairest possible sentence.

What is the legal definition of Unlawfully Take, Use or Divert Water?

Examples of Unlawfully Take, Use or Divert Water

Defences that are used in response to this charge include factual dispute, concept of beyond reasonable doubt, impossibility or lack of intent.

Whether you should plead guilty or not guilty to this charge depends on a lot of factors that can best be assessed by a criminal lawyer. Contact one to discuss your case.