Unlawful Oaths to Commit Treason, or Murder. is found in section 316 of the Crimes Act 1958 in Victoria. It is a criminal offence that is committed by a person who was found to have administered, or was present at and consented to the administration of, any oath or engagement in the nature of an oath purporting to bind the person who takes it to commit treason or murder.

Have you been accused of Unlawful Oaths to Commit Treason, Murder etc.?

The Police will contact you and invite you for an interview if they suspect you ae guilty. Despite what many people think, the interview is not a fact finding mission or a search for the truth. The Police are not trying to work out what happened or asking you questions to ‘get to the bottom of it’. The motivation of the Police in interviewing you is to construct their narrative against you. 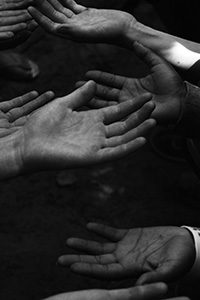 You should engage one of our lawyers to attend the interview with you. This small investment could mean the difference between successfully defending the charge and having to resolve your matter to a plea of guilty.

Our lawyers are experts in criminal law and many of our lawyers are accredited criminal law specialists. We have in-house counsel who can work with you from the beginning of your matter. Our lawyers have decades of experience in representing people accused of wrong-doing and know how to carefully construct a defence strategy.

Unlawful oaths to commit treason, murder etc is a very serious offence which is heard in the County Court.

What is the legal definition of Unlawful Oaths to Commit Treason, Murder etc.?


“Have you been accused of making an oath to commit murder or treason?”

The legislation for this offence can be found on section 316 of Crimes Act 1958.

In essence to prove this charge the Prosecution must show that the accused administered or was present at or consented to the administering of any oath or engagement in the nature of an oath which purported to bind the person who took the oath to commit treason or murder.

Defences to this could be that there was lack of intent, a factual dispute or compulsion.

Maximum penalty for section 316 of the Crimes Act 1958

The court may impose a maximum penalty of level 5 imprisonment (10 years) for Unlawful Oaths to Commit Treason, Murder etc. (s316 of the Crimes Act 1958).