Unlawful Assembly is a common law offence. It is committed by a person who was found to have assembled with at least two more people with a common purpose of committing or preparing to commit a crime using violence to endanger the public peace.

Have you been accused of Unlawful Assembly? 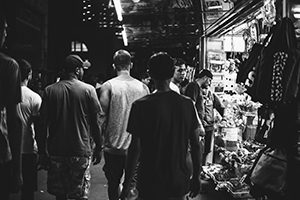 The Police are trained in asking questions in a way that makes it seem like they are trying to get to the bottom of the case. This is not so. They will interview you if they believe you are guilty. You must remember that they are taking a note of everything you tell them and will use information they think is useful to build their case against you.

Our lawyers are experts in criminal law and have run many contested hearings, This experience means that our lawyers know exactly what to look for when critiquing a Police brief of evidence and gathering material that can shed a different light on the version offered by Police.

Before you plead guilty to a charge of Unlawful Assembly, you should speak with one of our lawyers. There may be a sympathetic reason why you committed this offence and one of our lawyers can properly explain this along with other relevant mitigating factors to the Magistrate on your behalf. Our lawyers appear in Court daily and know what works.

The offence of unlawful assembly is ordinarily heard in the Magistrates’ Court.

What is the legal definition of Unlawful Assembly?

Unlawful assembly is a common law offence and is not defined in legislation.


“The ingredients of [unlawful assembly] are (i) the [act] of being or coming together – the assembly, and (ii) the [mental element] involved in the intention of fulfilling a common purpose in such a manner as to endanger the public peace. Those ingredients have to be co-existent.”

This is a common law offence. It exists due to case law and is not written in any piece of legislation.

In order for a person to be found guilty of this offence, the prosecution must prove the following two elements:

The gathered people may have demonstrated a common purpose by advertising it on a public Facebook page or other social media, verbally articulating it at a rally or other gathering or in some other way. The common purpose could also be demonstrated by attempting to engage in a course of action.


“Can they prove that you had a common purpose?”

Defences are ordinarily based on an element of the offence not being made out. These defences include:

Other defences to this charge include duress,1 factual dispute, honest and reasonable mistake of belief, wrongful identification or mental impairment.

You should ring us and discuss your case if you have been charged. Deciding on whether to plead guilty or not has important implications for you and should be made after proper discussions with a criminal defence lawyer.