Possess More Than Twice Catch Limit of Abalone is found in section 68A(4)(b) of the Fisheries Act 1995 in Victoria. It is a criminal offence to take or possess more than twice the catch limit specified for abalone.

Have you been accused of Possess More Than Twice Catch Limit of Abalone? 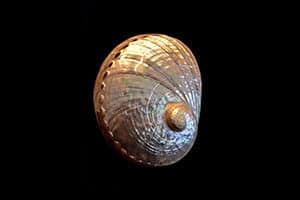 The interview process is an important part in the investigation. Anything you tell an investigator can be used as evidence against you if it is helpful for the prosecution case. Do not be under any illusions, the interview process is designed to get admissions from you. It is not the forum for you to defend yourself and hope you can talk your way out of being charged.

This offence can attract a term of imprisonment so you should engage a competent and knowledgeable criminal lawyer if you want to defend charges relating to abalone catch limits. A charge is merely a charge. Our lawyers have successfully had charges withdrawn or not proven in Court.

One of our specialised defence lawyers can assess the brief of evidence and listen to your version of events to inform an effective defence strategy.

It is often in your best interests to plead guilty to this charge if the case against you if the prosecution case against you is strong. The Courts give discounts in penalties to people who plead guilty early. experienced lawyers will advise you on the merits of a guilty plea, whether the charge has been laid appropriately, and what work needs to be done to ensure an effective plea hearing is conducted on your behalf.

We will advise you about the associated risks and carefully tailor a strategy to ensure the sentence you receive is fair and not overly harsh. There is always a reason to explain this offending and our lawyers take pride in conveying that to the court on behalf of our valued clients. 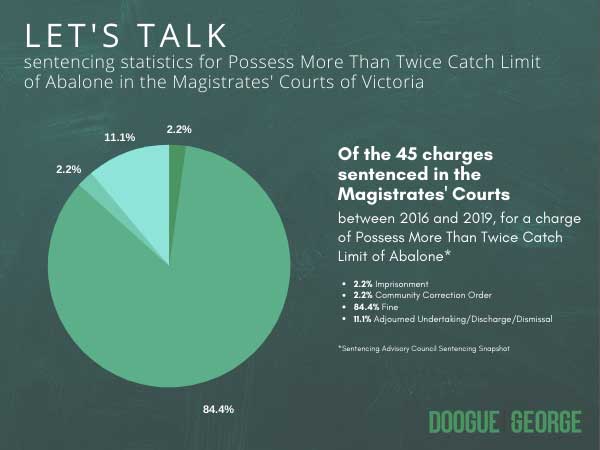 What is the legal definition of Possess More Than Twice Catch Limit of Abalone?

Section 4 of the Fisheries Act defines abalone as blacklip and greenlip abalone and includes all other species, forms, races and hybrids of abalone.

Furthermore, section 7B of the Fisheries Act defines ‘possession’ as – ‘person possesses a fish or an item of fishing equipment if the fish or item is on any land or premises occupied by him or her, or is under the person’s control, unless the person can satisfy the relevant court to the contrary’.

Examples of Possess More Than Twice Catch Limit of Abalone

The prosecution must prove the following elements beyond reasonable doubt:

The legislation for this offence of possess more than twice the catch limit of abalone is section 68A(4B) of the Fisheries Act 1995.

A person charged with this offence may raise any of the following defences:

Whether you should contest or plead guilty to this charge and how the matter will be conducted depend on a lot of factors that can best be assessed by one of our criminal lawyers. Contact us to discuss your case with one of our lawyers.