In Victoria, Offensive Behaviour by a Person in a Motor Vehicle in a Declared Area is found in section 18 of the Summary Offences Act 1966. It is a criminal offence that is committed by a person who used words or gestures that are likely to offend a reasonable person. The person who used offensive words or gestures must have been in a motor vehicle and must have done the act whilst within the view or hearing of another person in a public place. 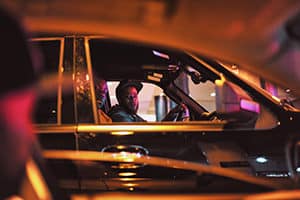 Have you been accused of Offensive Behaviour by a Person in a Motor Vehicle in a Declared Area?

The police will speak with you if they suspect you have engaged in Offensive Behaviour in a Motor Vehicle in a Declared Area. Before you speak with the police or answer any of their questions, it is very important that you contact an expert criminal lawyer first. We will be able to give you timely advice over the phone or in person about how to conduct the interview, so that you do not inadvertently provide a response which negatively affects your position.

Elements of this offence are subjective in nature- It is therefore very important that you are not caught out by police investigative techniques. We will work with you to determine how to best proceed in the police interview.

Do not risk compromising your case by speaking with the police without getting some advice first. The police are not on your side and will only speak with you to try to build their case against you.

Our lawyers have dedicated their careers to representing people in Court charged with criminal offences. Our lawyers are experienced in preparing defence strategies which lead to acquittals. If the police have wrongly accused of engaging in Offensive Behaviour in a Motor Vehicle in a Declared Area, we can help you to defend the charge.

Each charge has a series of elements or components which the prosecutor must prove. We will expertly analyze the evidence and work with you to determine the best way to defend the charge. You want a lawyer who will ask, what is the language which was used? What would a reasonable person have been offended? How do you determine what a reasonable person would think? Who witnessed the conduct, and are they a credible witness? We work with you to find the best way forward.

If you are pleading guilty to this charge, it is important to know what types of things the Court will take into account when deciding on the penalty. You will need an experienced lawyer who can advise you on how to put the conduct into context so that you can achieve the best outcome. This is done through careful preparation and guiding you to obtain specific material to submit to the Court.

The offensive behaviour by a person in a motor vehicle in a declared area is only heard in the Magistrates’ Court.

What is the legal definition of Offensive Behaviour By a Person in a Motor Vehicle in a Declared Area?

This section enables the Minister, by notice published in the Government Gazette, to declare a location if he/she is satisfied that people frequently loiter in the area to solicit sex work.

The Minister must particularise the streets or parts of the street which are included in the boundary.

The legislation for this offence can be found on section 18 of Summary Offences Act 1966.

The burden is on the Prosecution to prove the following elements beyond reasonable doubt to make out this offence:


“Can they prove you engaged in offensive behaviour?”

Possible defences available to a person charged with this offence include:

If you have been charged with this offence, you should call us to discuss your case with one of our experienced lawyers. Deciding on whether to plead guilty or not has important implications for you and should be made after proper discussions with a criminal lawyer.

The maximum penalty a Magistrate can impose for Offensive Behaviour by a Person in a Motor Vehicle in a Declared Area (s18 of Summary Offences Act 1966) is 5 penalty units, which is around $600.