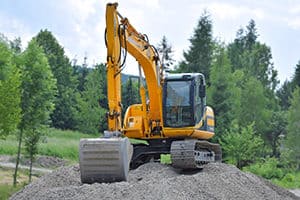 Have you been accused of Occupier Land Contravenes Planning Scheme? You should speak with one of our experienced criminal defence lawyers before speaking with the Council. Anything you tell the council investigator may prejudice your defence.

Interview with the local council (the responsible authority)

Have you received correspondence from the local council inviting you to attend for an interview in relation to an alleged breach of a planning scheme?

Prior to commencing a prosecution for the offence of Occupier Land Contravenes Planning Scheme, the local council will consider alternatives to prosecution, such as issuing an official warning or a planning infringement notice. Whether you decide to participate in an interview in relation to the offence, and the way that you answer questions if you do attend for interview, is very important. You should seek expert advice from a criminal lawyer about how best to proceed as soon as you receive an invitation to participate in an interview.

Even though the prosecuting authority is a local council, rather than police, the offence of Occupier Land Contravenes Planning Scheme is a criminal proceeding. Offences must be proved to the same standard as any other criminal proceeding – that is, beyond a reasonable doubt.

In order to be found guilty of the offence, there must be sufficient evidence to show that non-compliance has occurred or, in some cases, is going to occur. The evidence must prove the existence of the planning control, any activity contrary to the planning control and the liability facing the person who is the subject of the proposed or existing proceedings. The evidence is often quite complicated.

In order to successfully defend a charge of Occupier Land Contravenes Planning Scheme it is important to engage an expert criminal lawyer to evaluate the evidence, to devise the defence strategy and to represent you at Court.

Have you acted in a way that is contrary to the local planning scheme or a planning permit? Are you intending to plead guilty to the offence of Occupier Land Contravenes Planning Scheme? 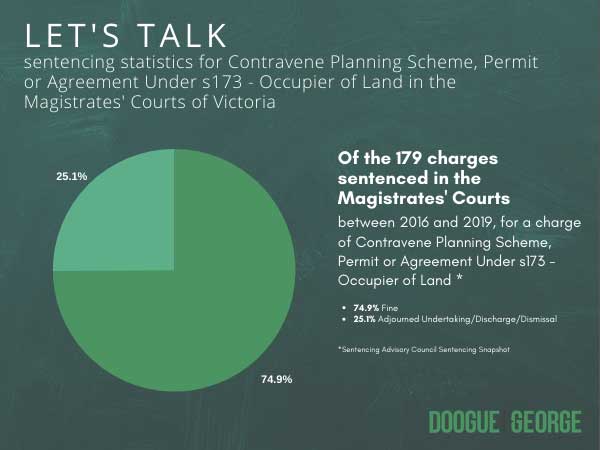 Cases related to this offence will be heard at the Magistrates’ Courts.

What is the legal definition of Occupier Land Contravenes Planning Scheme?

The prosecution must establish:

The decision on whether to plead guilty or not guilty to this charge can best be made only after a careful study of the strengths of your case. Contact a lawyer to assess factors of your case.

The legislation for this offence can be found on section 126(3)(a) of the Planning and Environment Act 1987.

Defences that are available are honest and reasonable mistake of belief, lack of intent or the concept of beyond reasonable doubt. If the matter is going through VCAT then the standard of proof is to the civil standard which is on the balance of probabilities. There are also differences between rules of evidence in Magistrates’ Court and VCAT matters.

The offence of Occupier Land Contravenes Planning Scheme (s126(3)(a) of the Planning and Environment Act 1987) carries a fine of up to 1,200 penalty units ($193,428 at the time of print) as the highest possible sentence. If the contravention or failure is of a continuing nature, a further penalty of not more than 60 penalty units ($9,671 at the time of print) for each continuing day after conviction may be imposed.