Home » Public Order » Lighting of Fires in the Open Air

Lighting of Fires in the Open Air

Lighting of Fires in the Open Air is found in section 11 of the Summary Offences Act 1966 in Victoria. It is a criminal offence that is committed by a person who lit a fire outside which eventually damaged property or endangered life, threatened someone else’s life or property. It also applies to a person who lit a fire and left it without putting someone else in charge of watching the fire.

Have you been accused of Lighting of Fires in the Open Air? 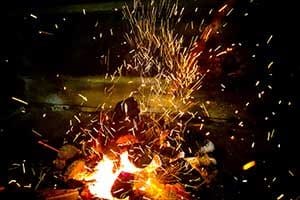 Everything you tell a Police officer in the interview may be used in Court against you. Police officers are trying to build their case by having you fill in the gaps in their evidence through your admissions. They are experts at having you answer questions that they know will make you look like a liar when the interview is later played in Court. You will not look guilty if you answer no comment. You will not avoid being charged if you answer all their questions. Please call us before you attend an interview for some advice about the do’s and don’ts for your personal circumstances. We can also attend the interview if you need support or are uncomfortable with Police or the process.

If you plan on pleading not guilty it is important to receive advice early from our expert lawyers. We can review the brief and give you practical advice about the strengths and weaknesses of the Prosecution case. There may be evidence missing that we can discover with our own investigations., Maybe you have an alibi that we can lock in and present to Police. Maybe you have a reasonable defence or are simply not to blame. We have multiple in-house counsel and accredited criminal law specialists who defend our clients at Court and win every single day.

If you are at fault and wish to plead guilty we can help you through this process. We can assist you in obtaining character references and writing apology letters to victims. We can help you organize restitution if the case requires it which can go a great way to mitigating your penalty in case such as these. We will make sure the Court understands how and why the offence happened and further understands that they are sentencing a human being on their worst day, not just a ‘criminal. We have many years of experience preparing for pleas and know what does and does not persuade the Court to ensure you receive the fairest sentence.

Lighting of fires in the open air is a summary offence heard in the Magistrates’ Court.

Examples of Lighting of Fires in the Open Air


Lighting of fires in the open air

“Have you been accused of lighting a fire in the open air?”


Elements of the offence

In essence to prove this charge the Police must show that an accused lit or used a fire in the open air; that the accused left the fire unattended; and that because of the fire the life of another was endangered or the property of another was damaged.

Maximum penalty for section 11 of the Summary Offences Act 1966

If convicted of Lighting of Fires in the Open Air (s11 of the Summary Offences Act 1966), the accused may face a maximum penalty of 25 penalty units ($4,030.00 at the time of print) or imprisonment for 12 months, or both.

Deciding on whether to plead guilty or not has consequences for you and should be made after proper discussion with a criminal lawyer.

In serious cases where the fire has caused extensive damage, the culprit may receive a prison sentence. However in most cases one is likely to receive a fine or a Community Corrections Order.