Home » Public Order » Interfere with Corpse of a Human being

Interfere with Corpse of a Human being

Interfere with Corpse of a Human Being is found in section 34B of the Crimes Act 1958 in Victoria. It is a criminal offence that is committed by a person who was found to have intentionally engaged in a sexual activity involving a corpse of a human being.

Have you been accused of Interfere with Corpse of a Human Being? 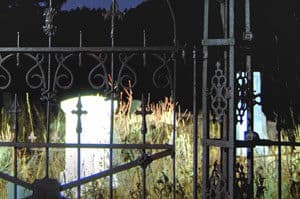 The Police interview is conducted by officers who are trained in eliciting admissions from accused persons. The Police will ask you questions in a way that may seem like they are just trying to work out what really happened. The truth is that they already have a narrative they believe from the evidence they have uncovered. They are hoping your answers will confirm this narrative and strengthen the case against you. It is important that you seek legal advice from our lawyers before going into a police interview. We can tell your side of the story later, the Police interview is not the time for that.

Our firm has accredited criminal law specialists and in-house counsel who have secured not guilty verdicts time after time. The Prosecution must prove their case against you, you are innocent until proven guilty. They must prove their case beyond reasonable doubt. It is our job to convince a jury that there are gaps in the Prosecution case and that they should have doubts. Our in-house counsel do this by testing the evidence from witnesses with careful cross examination and engaging our own experts to give alternative explanations. We can help prepare you to give evidence with our mock court room.

A well conducted plea can make a vast difference to the final sentence. Our lawyers will inform the Court about your circumstances and your personal history. We can help you obtain psychological reports that can help explain your offending. We can assist you to receive counselling that will assist you at sentencing but also begin your rehabilitation. It is important that you engage experts in Criminal Law to put your life and circumstances to the Court in such a way as to be persuasive and show that just because you have done something bad, does not mean you are a bad person. We can help you get the fairest possible sentence.

Examples of Interfere with Corpse of a Human Being

The maximum penalty for Interfere with Corpse of a Human Being (s34B of the Crimes Act 1958) is level 6 imprisonment (5 years).

This charge may be heard in the Magistrates’ Court or the County Court.

This is a rare offence that is not often charged. However if you are found guilty you may receive a prison sentence.

What is the legal definition of Interfere with Corpse of a Human Being?


“Did you do something to a corpse?”