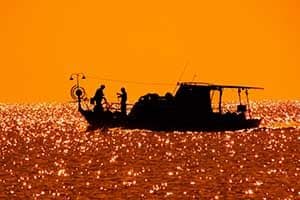 This is an offence whereby a person is accused of fishing in a place they are not meant to or in a way they are not meant to. A regulation or fisheries notice may restrict the way in which fishing takes place at a fisher, and contravention of such regulations is governed by section 67(3) of the Fisheries Act 1995 (‘the Act’).

Contraventions of regulations or fisheries notices are usually minor. However, there are some occasions where Courts take these offences very seriously, and this is reflected in the maximum penalty (100 penalty units or six months imprisonment).

Courts recognise the importance of protecting the environment and our marine life and will impose a harsh penalty if they feel it is necessary to deter others from wrongdoing. If you have been charged with a serious breach of a regulation or fisheries notice then you should seek legal advice.

What are some of the possible defences to Fishing Closures – Contravene a Prohibition?

Cases related to this charge may be defended in many ways including an attack on the factual basis of the prosecution. Whether you should contest or plead guilty to this charge depends on a lot on your instructions as to what happened and also an assessment of what the Prosecutors can prove against you.

This offence carries a fine of 100 penalty units (around $16,119) or six months imprisonment as the highest possible sentence. It should be noted that the worse the breach of the fishing closure the worse the penalty likely to be imposed. For instance, if you made an enormous profit from catching and selling an endangered species of fish, you are likely to receive a substantial fine.

What is the legal definition of Fishing Closures – Contravene a Prohibition?

The legal definition of this offence is contravening a prohibition under section 67(1) of the Act.

The legislation for this offence can be found in section 67(3) of the Fisheries Act 1995.

Under section 67(1), a regulation or fisheries notice may:

Usually, this will not be a controversial element. The court will look at the words of the regulation or notice to see if it prohibits conduct.

“Can they prove that you contravened a regulation or fisheries notice?”

This will usually be a factual dispute. There may be a dispute over the size of the fish, or the place in which it was caught, or the method used to catch it.

In the Magistrates’ Courts of Victoria, 56 cases of Fishing Closures – Contravene a Prohibition were heard from 1 July 2013 to 30 June 2016. Majority of these cases resulted in fines (73.2%) but there were various other sentencing forms that were imposed: