Endangering Safe Operation of an Aircraft

It is an offence found in section 246A of the Crimes Act 1958 to Endanger the Safe Operation of an Aircraft. It is a criminal offence that is committed by a person who was found to have done any act or thing whilst intending to prejudice the safe operation of an aircraft. Typically, this charge relates to conduct that is often displayed before an aircraft takes off.

Have you been accused of Endangering Safe Operation of an Aircraft? This is a serious allegation and it is important you receive some legal advice before speaking with the police to avoid saying something which may prejudice you later on. 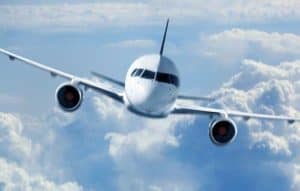 The police interview is an important part of the investigation. The main purpose of the police interview is to get admissions or information from which will assist the prosecution case against you. Police officers are trained to ask questions with the aim of exposing inconsistencies in your version.

It is worth speaking with a lawyer before your interview so you can be advised of the questions you must answer and the ones you are not obliged to answer. This advice can be the difference between you being able to contest the charge or having to negotiate a resolution with prosecutors.

You may also decide to have one of our lawyers sit in on the police interview with you. This will give you some comfort to know that you have someone there looking after your best interests.

If you deny an allegation that you Endangered the Safe Operation of an Aircraft, you can take your matter to trial. The success of your trial will depend on the amount of preparation you put into your case. Our lawyers have decades of experience running trials. We know what is involved and how to prepare them for success.

If you decide to plead guilty to an allegation of Endangering the Safe Operation of an Aircraft, you want a lawyer in your corner who is going to listen to your personal circumstances, reasons for offence and present them to the Court.

Our lawyers are skilled Court advocates and know how to present relevant information for a Court. Having an experienced lawyer represent you in Court can make a significant difference to the outcome.

Examples of Endangering Safe Operation of an Aircraft

The maximum penalty for Endangering Safe Operation of an Aircraft (s246A of the Crimes Act 1958) is 15 years imprisonment.

Endangering safe operation of an aircraft is a very serious offence that may mean you serve a prison term if you are found guilty.

What is the legal definition of Endangering Safe Operation of an Aircraft?

The Prosecution must show that you did something which threatened the safe operation of an aircraft and that the act was done intentionally.


“Did you endanger the operation of a plane?”

The section that covers this offence is section 246A of the Crimes Act 1958.