Dog Rushes at Person – Person in Control is found in section 29(7) of the Domestic Animals Act 1994 in Victoria. It is a criminal offence that is committed by a person who had apparent control of a dog at the time when it charged at or chased a victim. Note that this person does not have to be the owner of the dog for this charge to apply.

Have you been accused of Dog Rushes at Person – Person in Control? 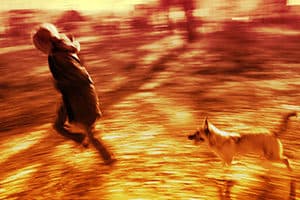 There may be a reason a dog in your control rushed at a person and these are defences our experienced lawyers can explore with you. If there is a defence to the charge against you, we will advise you. Perhaps the dog was teased or reacting to being abused. If you have been charged, contact us – we will sit down with you and get an understanding of what occurred. A charge is merely an allegation. We will assess the strength of the case against you and devise a comprehensive defence strategy for you.

Sometimes what a dog does is beyond our control and whilst you do everything you can to contain them and ensure they don’t harm others, every so often they will rush at a person and someone might be charged because they were meant to be the person in control of the dog. Our lawyers are experienced in performing extensive preparation for our client’s cases so the court are understanding of their offending and circumstances. 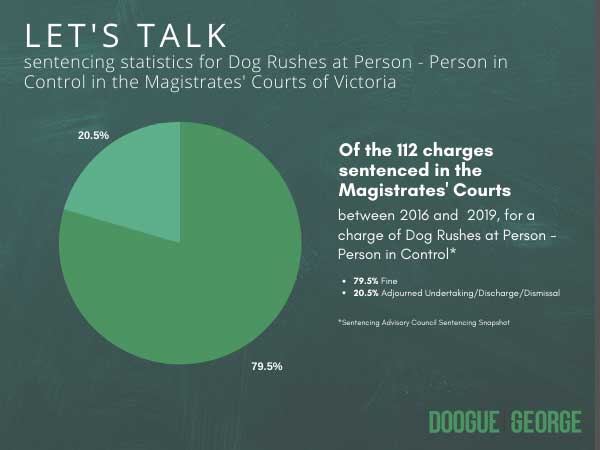 Cases related to this offence will be heard at the Magistrates’ Courts. As it is a minor offence, there is always a possibility of having a case such as this dealt with by way of diversion. It is a good idea to chat to a lawyer about this.

Importantly, the prosecution do not have to prove that an injury was suffered by the person who was chased by the dog.

Examples of Dog Rushes at Person – Person in Control

The legislation for this offence of allow Dog or Cat to be a nuisance is section 29(7) of the Domestic Animals Act 1994.

Defences to this charge may be in relation to who had apparent control of the dog. It may also be a factual dispute as to whether the dog was chasing or was charging at someone. The overall circumstances of a case will dictate the best defence if it is not a plea of guilty.

The legislation also lists a number of specific defences. According to section 29(9), it is a defence to section 29(7) if the incident occurred because:

As per section 29(10), it is also a defence to section 29(7) if the incident occurred as part of a hunt in which the dog was taking part and which was conducted in accordance with the Prevention of Cruelty to Animals Act 1986.

The offence of Dog Rushes at Person – Person in Control (s29(7) of the Domestic Animals Act 1994) carries a fine of 4 penalty units (around $644) as the highest possible penalty. Given this relatively low penalty it will usually be unnecessary to obtain legal representation. However, it may be important to talk to a lawyer if orders are being sought against the dog or if it has been in trouble before.

Further, if a person is found guilty of this offence, the court may order that the person pay compensation for any damage caused by the content of the dog (section 29(11)).