Dog Found at Large Between Sunrise and Sunset

Dog Found at Large Between Sunrise and Sunset is found in sections 24(1) and (2) of the Domestic Animals Act 1994 in Victoria. It is a criminal offence that is committed by a person who was an owner of a dog found “at large” – which means a dog found wondering out of its premises without its owner.

Note that a person is considered an “owner” even if they are just looking after the dog for a short time. 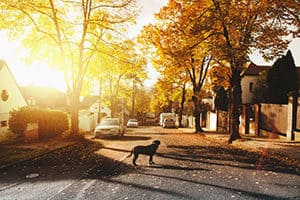 Have you been accused of Dog Found at Large Between Sunrise and Sunset?

If you were not in control of the dog at the time they were found at large, or there is some other issue with the charge against you, our lawyers can represent you in a plea of not guilty. We can analyse the brief of evidence against you and strategise a defence on your behalf. We appreciate the risks involved with being charged and give frank advice about likely success and the risks involved with all possible options.

A successful, effective plea of guilty to a charge of this kind would involve explaining to the court why the dog was found at large and what has been done to address the risk of it happening again. Our lawyers are best placed to achieve an excellent outcome for you by putting the offending into context and working with you to put the court’s mind at ease. 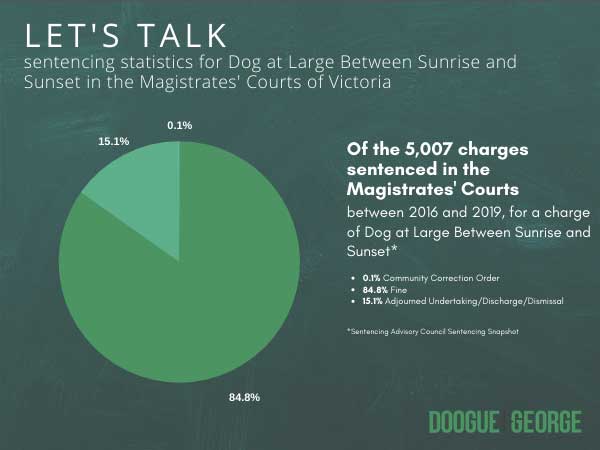 Cases related to this offence will be heard at the Magistrates’ Courts.

Examples of Dog Found at Large

The legislation for this offence of dog found at large between sunrise and sunset is section 24 (1) and (2) of the Domestic Animals Act 1994.

Defences to this charge may relate to who is in apparent control of the dog or other issues about proof of the charges. The overall circumstances of a case will determine what will be an appropriate defence to the charge.

If you have been accused of this offence a lawyer would be useful if you were contesting the allegation on principal. The decision on whether you should contest or plead guilty to this charge can be best assessed by a criminal lawyer. Contact one to discuss your case. There is also the possibility of having a case such as this dealt with by way of diversion.