Destroy, Damage or in Any Way Interfere With Any Works of a Water Corporation 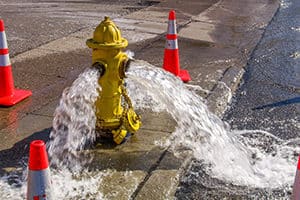 Examples of Destroy, Damage or in Any Way Interfere with Any Works of a Water Corporation

What are some of the possible defences to Destroy, Damage or in Any Way Interfere With Any Works of a Water Corporation?

The following defence are available to a person charged with this offence:

The maximum penalty a Court can impose for this offence is a fine of 60 penalty units (around $9,600) or six months imprisonment.

Subsequent offending of this nature can attract a fine of 120 penalty units ($19,300) or 12 months imprisonment.

If a person’s conduct continues to damage the property, they may be ordered to pay a fine of up to $805 for each day which the offence continues I addition to the penalties stated above.1 This is capped at $3,220.2

These penalties reflect the seriousness of this offence.

This charge is a summary matter and is dealt with in the Magistrates’ Court. Whether you should contest or enter a plea of guilty to the court depends on the circumstances of the allegations against you. Contact one of our lawyers as soon as you are charged to discuss your prospects of successfully contesting your charges.

As this is a criminal offence, the burden is on the Prosecution to prove the following offences beyond a reasonable doubt:

“Can the Prosecution prove you caused the damage?”