Contempt of Court is an offence found in section 134 of the Magistrates’ Court Act 1989. It is a criminal offence that is committed by a person who was found to have been in court and acted in a way which interfered with the court processes.

Have you been accused of Contempt of Court? You want to avoid making your situation worse and call one of our criminal defence lawyers for legal advice. Most of the time, this allegation arises from a misunderstanding. 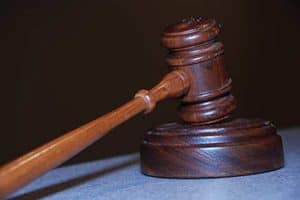 If the Police want to interview about an allegation of Contempt of Court, you must get legal advice first. You don’t want to say anything during the interview that can prevent you from raising a defence later on.

It is worth remembering that the Police interview is not the forum for you to explain your side of what happened and hope the Police will realise they have made a mistake.

If you decide to fight a charge of Contempt of Court, you want to speak with a lawyer as soon as possible. It is important that all relevant Court documents are carefully examined, including transcript and recordings of hearings. There are different ways that you can be accused of being in Contempt of Court and many possible defences. We have lawyers who are experienced at asking the right questions to fight your case.

If you decide to plead guilty, there is a lot of work we do to achieve the best result. It is our job to learn about you and present your story and explanation for what happened to the Court. We work with you to collect helpful material such as character references and evidence of your previous work or study. There are many important steps to preparing for a plea hearing and this preparation should begin as early as possible.

Examples of Contempt of Court

What is the legal definition of Breach of an Intervention Order?

Under the Magistrates’ Court Act, Contempt of Court is when a witness refuses to attend court; does not produce required documents; refuses to answer questions; disobeys a court order; or in the opinion of the Magistrate, the witness lies.

Under the Common Law, the offence is broader and includes interference with the administration of justice.

The section that covers this offence is section 134 of the Magistrates’ Court Act.

This is also a common law offence and therefore, the law surrounding contempt of court also comes from case law.

If you are found guilty of Contempt of Court, you will normally be punished with a fine.