In Victoria, Conspiracy is found in section 321 of the Crimes Act 1958. It is a criminal offence that is committed by a person who was found to have agreed with another person to pursue a conduct that will involve the commission of an offence by any of the parties to the agreement.

Have you been accused of Conspiracy? Our experienced conspiracy lawyer can answer your important questions. 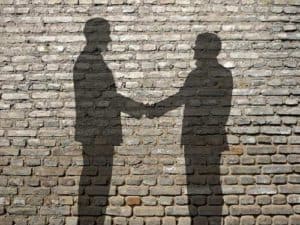 People mistakenly believe that if they tell the Police their side of the story that the matter will simply go away. That is not the case at all. A Police interview is not a chance for you to explain your side. The interview is part of the Police investigation. Before going to any interview, you should speak to a lawyer to understand your rights and options.

We understand that many allegations are untrue. If you want to fight the charge against you, we can conduct our own investigation and carefully examine the Police brief of evidence. Conspiracy is a complex charge and sometimes the Police miss evidence that helps your defence. We can work to gather all relevant material, while also finding weaknesses in the Police case.

If you want to plead guilty to the charge of Conspiracy, we can work with you to prepare for the best possible outcome. We might be able to negotiate the facts supporting the charge. There is a lot of preparation for a plea hearing, including possible medical reports and character references. Our conspiracy lawyer will work closely with you to understand your background so we can best present your story to the court in a plea hearing. This preparation helps to achieve the best possible sentence.

Conspiracy (s321 of the Crimes Act) is a rarely charged offence and therefore reserved for the more serious types of offending.

If you are found guilty of a serious offence, you may serve a prison term.

In Victoria, the section that covers the offence is section 321 of the Crimes Act 1958.

The common law offence of conspiracy has been abolished in Victoria by s321F(1) of the Crimes Act.

What is the legal definition of Conspiracy?

Entering into an agreement with another person to commit an offence and intending that the offence would be committed.

Cases handled by our Conspiracy lawyer