Home » Public Order » Allow Dog or Cat To Be a Nuisance

Allow Dog or Cat To Be a Nuisance

The offence of Allowing a Dog or Cat to Be a Nuisance is found in section 32 of the Domestic Animals Act 1994 in Victoria. It is a criminal offence for a dog or cat owner to allow their pet to cause a disturbance. The penalty for this offence is so low which makes it commonly fought in court on a matter of principle. It is also often fought in court mainly to avoid a conviction which could affect a person’s criminal record.

Have you been accused of Allow Dog or Cat to Be a Nuisance? 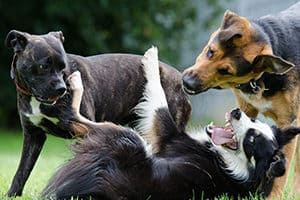 If the council contact you about interviewing you in relation to your dog or cat being a nuisance, chat to a lawyer before answering any questions. Anything you say in an interview is critical to how your case will proceed. Sometimes it’s best to put your side of the story on record. Other times it’s best to answer ‘no comment’ to their questions. This depends on a variety of factors.

If you dispute the allegations about your pet, or maybe it isn’t your pet, toy have the right to contest the allegation. Whilst this is not a particularly serious offence, you are still at risk of a conviction and you should therefore discuss possible defences with one of our lawyers. We can assess the case against you and devise a defence strategy. This might include asking for the charge to be withdrawn by the police so it never reaches the hearing stage.

Our lawyers run guilty pleas on a daily basis. Not only can we run an effective plea on your behalf to ensure the best possible outcome in court, we also suggest measures that can be put in place to ensure the offending doesn’t happen again. In relation to one’s dog or cat being a nuisance, we can explore ways of preventing the animal from continuing to be a nuisance. This takes the stress away moving forward and will also help your case. 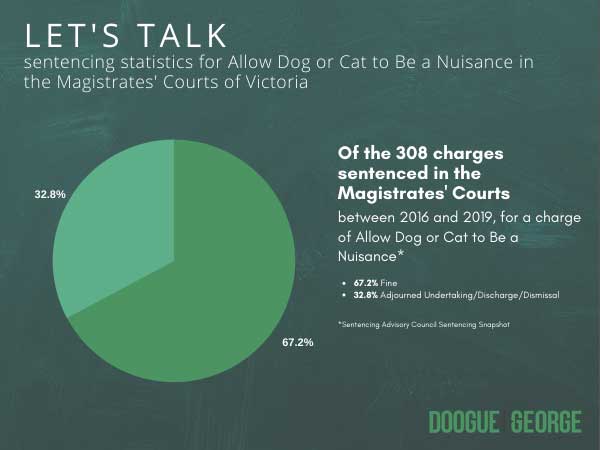 Allow Dog or Cat To Be a Nuisance is considered a summary offence and hence will be heard at the Magistrates’ Court.

Meaning of Allow Dog or Cat to Be a Nuisance

Some of the criminal defences used to fight this charge in court are impossibility, lack of intent, honest and reasonable mistake of belief, incorrect facts, and the concept of beyond reasonable doubt. The overall circumstances of a case will determine what will be an appropriate defence to the charge. Questions that we might raise in a matter like this could include:

This offence of Allow Dog or Cat to Be a Nuisance (s32(1) of the Domestic Animals Act 1994) carries a fine of 3 penalty units (around $483) as the highest possible sentence.