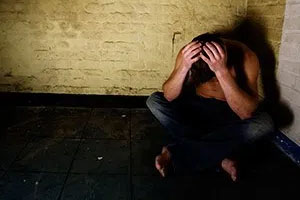 Firstly, I am loath to persist with this topic, however today we have encountered, once again, a particularly annoying example of where the lack of Legal Aid funding has caused such arbitrary outcomes.

All normal caveats are now stated.

We understand Legal Aid has no money. Yes, there need to be guidelines. But, I ask, do they need to be so, quite so, INFURIATING!

As it stands, a person on a suspended sentence will go to gaol if they commit a further offence, unless they can show exceptional circumstances. And, that further offence can be a traffic offence.

So, today I met with a client who is on a suspended sentence for possession of drugs and has driven disqualified, which will trigger the gaol term.  Effectively, the client is going to gaol for driving disqualified. Now, up until last year it was mandatory to get a gaol term on a second drive disqualified. That has now been abolished. Getting rid of that penalty was about the only good thing this Government have done in the criminal justice system.
Back to VLA. Do you think a person in this situation will get funding for a lawyer if they are poor?

No. Not unless they have intellectual disability, psychiatric disability or an acquired brain injury. And the reality is that Magistrates lock people up for drive suspended all the time.

So back to our client. And my point.

The client comes in for a meeting. We chat, he explains that he has adjourned a few times, but has to go on today and has no lawyer. What is he facing? My answer…Well (not quite this bluntly) he’s a good chance of going off to gaol as he has no lawyer, nothing worked out and is in breach of a suspended sentence.  Someone might save him, a kind Magistrate, an attentive Duty Lawyer.

But, now I ask you – should the system have become such a roll of the dice?

The amount of money wasted on incarcerating people who would not get gaol if properly represented has to be less than the cost of incarcerating them. It has to be. So what is the point of denying Legal Aid enough money to fund representation of all people who are in breach of suspended sentences?

It makes no economic sense. And, I think it is plain stupid.