A sentence appeal, the Victorian Legal Aid funding crisis and the article that makes no sense 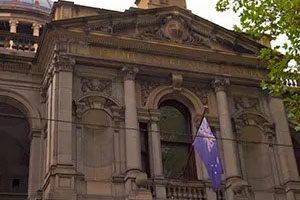 By and large I tend to apply the grain of salt approach to most mainstream media articles these days. However some days, you need a whole fistful of the stuff, and that just leaves you with an unpleasant aftertaste, doesn’t it? I am referencing here an article in the Herald Sun recently about Victorian Legal Aid that, quite frankly, leaves me exasperated.

It is so wrong on so many issues that I feel compelled to write about it.

Banging on the drum of Adrian Bayley’s sentence appeal, the article presents to the reader a medley of supposed victim impact, community entitlement and taxpayer wastage with an interlude of mathematical mastery that is an insult to the senses. In no particular order of the scale of my incredulity, allow me to explain:

1. Appeals are necessary and right

The article questions the implication of granting appeals of high profile cases such as Bayley, Tony Mokbel and Steven Hunter, VLA rightfully defended the process of these appeals.

And surely the Attorney-General should know better than to ride on the wave of emotion and public outcry that these flimsy news stories create, as the fact is that the appeals process is an important aspect of the law. He would be well aware of this and should spend more time defending the Courts and Judges; representing what was understood to be one of the duties of an Attorney-General in the not too distant past.

For those of you who have less of an onus to understand the law than the AG, exploring these areas of sentencing helps define tariffs and approaches for other Judges.

2. Linking Bailey’s case to legal aid funding is the act of a dullard

The nonsense of heinous crimes and too-light sentencing being fed to the public as news is rather trite. The recent addendum to the narrative in this article is the concern about VLA’s outsourcing of work to private firms “amid its funding woes”. Now, we’ve long waxed poetic about the VLA funding crisis and its infuriating impairment on our client’s right to a fair trial, but this is an attempt to whitewash the realities of providing adequate legal representation to those who need it most.

There is no financial burden having private practitioners handling legal aid matters.

I would not consider, even, that VLA would claim that they handle cases cheaper than the private practitioners. This is not actually the cause for debate. The real argument is whether there would be greater quality control if more criminal cases stayed inside VLA. The jury is out on that one and obviously, there are diverse views. No one claims it would solve VLA financial problems to keep the work in-house. They still have to do the work.

The surprising aspect of this debate is that a Liberal Government seems to be keen to build up a bureaucracy such as VLA at the expense of small firms and the quality of work that is delivered by giving clients a choice of who provides a service.

3. Publishing solicitor figures by VLA is an ill-conceived idea

It was represented to VLA that this exact thing would happen if they published the figures of what they paid to firms; that those figures would be misunderstood and misused. This is a classic example of that problem.

The article presents a figure of $3.2 million as the largest portion of funding granted to Rob Stary’s office over 2011-2012. It then presents that the Commonwealth and Victorian government have defended their allocated funding as adequate, citing that VLA recorded a shortfall of $3.1 million in that same year.

Have you joined the dots? This demonstrates a common mathematical tactic where you put two similar numbers next to each other and then draw a link between them when there is no actual correlation between the two amounts.

What you don’t read is that of that $3.2 million in grants to a private firm, about two-thirds or greater would be allocated to barrister fees. Which, VLA would have to pay anyway if they kept the work in-house. What also isn’t declared is that VLA funding a private firm to act usually costs less than VLA keeping the work in-house. What is implied in that bountiful figure is that greedy private firms are sucking up VLA funding and costing the taxpayers money.

What a load of rubbish.

We have a lot of respect for Rob Stary, Sam Norton, and their firm and they do a great deal of legal aid-funded work and in doing so, give people access to quality representation.

This article, in all of it glorious inaccuracy does nothing but rouse unfounded public outrage about criminal defenders, touching on a pretty raw nerve (the Bayley case) to do so.