Josh Harris was admitted to practice in February 2019 after completing a Juris Doctor and a Bachelor of Arts at the University of Melbourne. Before joining Doogue + George, he was an associate at the County Court of Victoria to HH Judge Lyon.

Josh is experienced in indictable crimes such as sexual offences, drug trafficking, and culpable driving. When he was a Senior Associate to the Criminal Reserve List, he was involved in the high level planning, administration, and finalising of all criminal matters listed in the County Court. 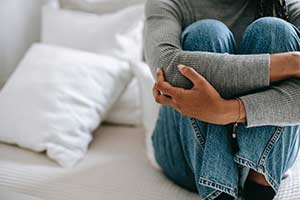 Amendments will be introduced in Victoria in 2022 that make ‘stealthing’ explicitly a crime and introduce ‘affirmative consent’. These amendments were recommended by the Victorian Law Reform Commission. The VLRC’s report, ‘the Justice System Response to Sexual Offences’, found that sexual violence is widespread, causes serious harm and is significantly under-reported. AG Jaclyn Symes announced the upcoming amendments to the Crimes Act 1958 (Vic) as a response to the VLRC’s report and noted further amendments may be made.

‘Stealthing’ is the non-consensual removal of a condom during sex.

While stealthing is already technically illegal in Victoria, it is not specifically articulated in a way that the Courts can easily apply.

Victorian criminal law makes it an offence to procure a sexual act by fraud. That is where a person makes a false or misleading representation and as a result of that false or misleading representation another person agrees to take part in a sexual act with them (S 45 Crimes Act 1958 (Vic)). This could apply in a stealthing case where consent is only given to engage in sexual acts with a partner if a condom is used. Whether the removal of a condom during sex is the procuring of sex by fraud is a question Victorian Courts have had some difficulty applying.

The Victorian legislature is likely to follow in the footsteps of the ACT where stealthing is being specifically outlawed under the Crimes (Stealthing) Amendment Act 2021 (ACT). This Act amends the Crimes Act 1900 (ACT) to include a new subsection under ‘Consent’ (s 67 Crimes Act 1900 (ACT)) where consent is negated if that consent is caused ‘by intentional misrepresentation by the other person about the use of a condom’. The ACT law previously only referred to ‘fraudulent misrepresentation’ whereas now the act is specifically explained.

It is imagined that s 36 Crimes Act 1958 (Vic) would be amended to include a subsection where it could be found that a person does not consent where there is an intentional misrepresentation by the other person about the use of a condom.

In the future, if consent is only given in circumstances where there was an agreement a condom would be used during a sexual act, the removal of that condom would constitute a negation of that consent.

AG Jaclyn Symes also announced that Victoria would move to a model of affirmative consent. This has long been the model in Tasmania and amendments have recently passed the NSW Lower House.

Affirmative consent means that consent is actively sought and actively communicated. Individuals who wish to engage in sexual activity with another person must obtain clear verbalised consent. This approach shifts from a ‘no means no’ standard to ‘yes means yes’.

Presently in Victoria an accused can raise the defence of ‘reasonable belief in consent’. The amendments will likely mean that an accused must show what steps they took to ensure they had affirmative consent if they wish to rely on this defence. This may include what words were spoken or what actions they took.

Advocates for the change say that this shift will move current sexual assault and rape trials away from a focus on what the victim’s conduct was (such as what they were wearing, how drunk they were, what resistance they put up).

As you can see, the law regarding sexual offences is constantly evolving. If you are interviewed (or charged) regarding a stealthing, rape or sexual assault allegation you should contact an experienced criminal lawyer as soon as possible.