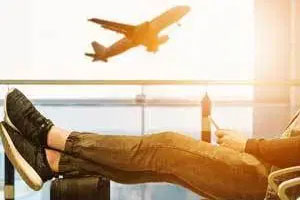 A recent SBS investigation Australian paedophiles still trying to travel overseas despite passport ban outlines the new legislation banning registered sex offenders from traveling outside of Australia in reference to child exploitation in “some of the seediest parts of South East Asia.”

However, the new legislation concerning travel for registered offenders is far more complex and wide-sweeping than most people realize.

Recent changes to s271A.1 of the Criminal Code 1995 make it an offence for an Australian Citizen who is a registered offender with reporting obligations to travel abroad without permission.

‘Registered offender’ is very broad and encompasses a huge range of offending. An 18-year-old could have a consensual sexual encounter with their girlfriend under 16 and upon a finding of guilt would be automatically placed on the Register for many years. Subject to the possibility of being granted an exemption order, they are now technically a registered child sex offender. A 20-year-old could be found guilty of possessing a topless photo of their 17-year-old girlfriend and would also be automatically placed on the Register. A person could be found guilty of indecently touching another adult at a party and could be placed on the Register.

These offenders should not be subject to the blanket label of ‘pedophiles’ seeking to go on ‘child rape holidays’. Not only does this demonise people who are already feeling demonised, it is also simply inaccurate. There are many different people on the Register who have many different reasons for wishing to travel overseas, and yet this legislation treats all offenders as the same. It tarnishes everyone with the same brush and is indiscriminate in its curtailing of their rights.

Registered offenders now have to ask the Chief Commissioner for permission to travel every time they want to leave the country. They will be required to fill out a detailed application form which outlines exactly where they’re going, where they’re staying and who they are travelling with. They are often refused permission to travel even if they have a bona fide reason for travelling – for instance, they may be refused even if they want to go to New Zealand to visit their dying mother.

Police have also been capricious in their implementation of this legislation. They demand extensive supporting documentation for an application, take weeks to make a decision and at the end do not provide detailed reasons for a refusal. They even sometimes place arbitrary time frames on people’s trips, even if they’re going on a trip to somewhere like the United Kingdom to visit their family. Not all travel applications are to South East Asia – and even if they are, that does not mean the applicant seeks to engage in child sex tourism.

Of course child sex tourism is devastating and must be stopped, but this legislation is not the answer. It is a populist move which has resulted in an unnecessary restriction of liberties and a waste of government funding.
It is easy for people to demonise registered offenders. It is much harder to take a sophisticated approach to this issue and to understand that not all registered offenders are the same.