Article on possession of child pornography 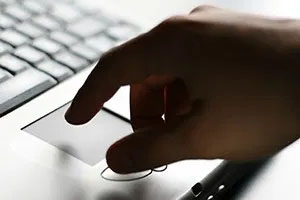 Myself and another solicitor spent a half hour today discussing charges of possession of child pornography and our feeling that people were being charged with so many images.  This conversation arose from what a Barrister, John Desmond, has been discussing with us for over a year now and also a great article recently in the Inside Times by Chris Saltrese.

There is a general feeling that we have become quite blase about the numbers of image (certainly not the horror of the images).  Cases involving tens of thousand or even at the extreme hundreds of thousands of images are appearing before the Courts.

But, really, are the numbers accurate?

An analyst will look at a computer and find the images and then count them up. They put them in the categories of illegal child abuse material.

But how many pornographic images did the client actually possess.

The issues that we were debating today were the effect of  re-directs and tiles. Re-directs are where you go to one site and it takes you to another one.

People might scoff at that but think about it for a short time. It happens to us all often. You get trapped in advertising from news articles or just go to something plain different when you are trying to click out of an ad. Those are re-directs. Anyone who does not have them occur does not use the internet much.

One famous re-direct is common and involves you being rickrolled. This is the bait and switch where you click on a hyperlink and end up watching the Rick Astley song Never Gonna Give you up.

The other issue is in relation to Tiles , or thumbnails, which are the little images on a site. Often news sites might have dozens on a page and obviously many thousands if you access many pages.

If you see it on your screen it is on your computer – somewhere. Most of us have no capacity to get rid of images like this.

And believe me we checked on a number of computers with different browsers to make sure it was not an image cached on a computer.

If it can happen on a mainstream newspaper with great techie staff (I base that on the fact I have acted for a couple of their techie staff who seemed very smart) then when a person is going to dodgier sites then the chances increase hugely.

Now imagine if, like most pages you go to, there were 30 thumbnails down the bottom. They will be counted in the list of images when your computer is analysed.

Even if you never scrolled down far enough on your screen to see the image. It loaded and is sitting on your computer.

I have never seen a report that actually addresses whether the thumbnails were clicked on and whether the person was there on a re-direct.

Maybe the reports are doing this and we are not realizing. The programs that Police use to determine possession of child pornography collate the images and then humans decide which category they are in. Often you just deal with a representative sample of the material. But when you see them they come as standard little images. Not showing you page size and other issues. Maybe Access data type software is producing reports about these issues and we are not seeing them.

They are down the bottom of the page. To me this really starts to explain the extraordinary number of images people are regularly being sentenced for.

If you are re-directed to a site are you responsible for what you see there? Did you attempt to possess that unknown image on a site you were not going to? Obviously not.

To suggest otherwise is absurd.

What about images that you do not look at and never click on? Surely the same logic applies.