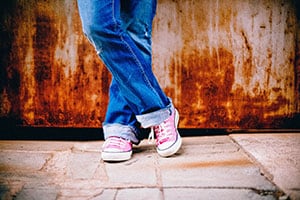 The new laws amend the Crimes Act 1914 (Crimes Act) and the Criminal Code Act 1995 (Criminal Code) and apply to a range of offences that occur within the jurisdiction of the Commonwealth, such as sex or sexual activity with a child outside of Australia, using a carriage service for sexual activity with a child, “grooming” offences, and the distribution of child abuse material. Commonwealth offences apply throughout Australia.

There is no doubt the laws are tough and include a range of measures designed to punish people charged with child sexual offences with increasingly severe penalties.

However, as with all mandatory sentencing schemes, this approach fails to recognise that people who commit crimes and circumstances in which crimes are committed are all different, and unfettered judicial discretion is required to avoid unfair sentences.

The amended laws will change the following current sentencing practices by introducing:

The following offence examples demonstrate the severity of the mandatory minimums.

Possessing, controlling, producing, distributing or obtaining child abuse material outside Australia on 3 or more separate occasions, or where 2 or more people are involved in the commission of each such offence (an ‘aggravated offence’), has a mandatory minimum of at least 7 years prison with a maximum penalty of 30 years (increased from 25).

Using a carriage service to engage in sexual activity with a person under 16, such as sending photos or images via text message using a mobile phone, has a mandatory minimum of at least 5 years prison with a maximum penalty of 20 years (increased from 15).

Grooming a child to engage in sexual activity outside Australia (as a second or subsequent offence), has a mandatory minimum of 4 years prison with a maximum penalty of 12 years.

The exceptions and reductions to the mandatory sentencing laws contained in the legislation do not serve to mitigate the overall unfairness of the scheme.

The mandatory minimums do not apply to a person who is under the age of 18 years at the time of offending. However, it will still impact any number of youthful offenders who may commit offences in circumstances that would not ordinarily call for a lengthy prison sentence, such as a limited age gap (the common example is an offence of sexual activity involving teenagers 18 and 15 years old, noting sexual activity includes touching of a sexual nature).

Even more concerning is that the mandatory minimum may only be reduced in very limited circumstances if the court considers it appropriate, and even then, the reductions are prescribed in percentage terms:

Sentencing Is Not Simple

The exercise of sentencing is, and should be, one of the most sophisticated exercises that occurs in the criminal justice system. People who commit crimes, and situations in which crimes are committed, are always different – no two cases are the same.

It is the role of counsel to inform the court about the situations in which crimes are committed, and the circumstances of the person responsible. It is for the Judges and Magistrates to consider the infinite number of variables involved in every case, and apply relevant principles of law, before imposing an appropriate sentence.

The power to sit in judgement of a person and lock them away must be carefully applied to reflect the subtleties and differences involved in every case. The problem with mandatory sentencing is that it wrongly presupposes that sentencing is a formulaic and simplistic exercise.

Mandatory Sentencing Does Not Serve Our Community

Mandatory sentencing schemes deter people from pleading guilty, cause procedural delay, cost the community an enormous amount of money in prison costs, and fundamentally undermine the independence of the judiciary. There is already sufficient scope for significant sentences to be imposed if necessary. Such schemes do not provide for genuine recognition or emphasis on rehabilitation, supported reintegration, and other crucial community protection considerations.

It is unfortunate that such an ineffective sentencing scheme is being applied by politicians eager to appease those that believe it is possible to make a community safe by laws that are “tough on crime” when it has been proved time and time again that just sentencing is never achieved by a ‘one size fits all’ approach.