Home » Sentencing » Standard Sentences: What They Mean and How They are Applied

Standard Sentences: What They Mean and How They are Applied

The article Standard Sentences: What They Mean and How They are Applied is written by Ophelia Hollway, Lawyer, Doogue + George Defence Lawyers. 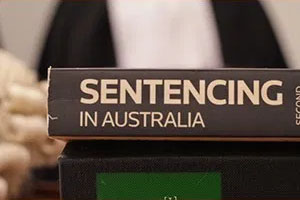 The new Act increased the number of serious offences from seven to eleven, with a twelfth introduced through the Sentencing Amendment (Emergency Worker) Act 2014 (Vic) some nine months later.

The purposes and principles of sentencing can be found under section 5(2) of the Sentencing Act 1991 (Vic). The Crimes Act 1958 (Vic) and the Drugs, Poisons and Controlled Substances Act 1981 (Vic) were amended accordingly to keep up with the changes in sentencing.

In December 2019, the new Victorian Sentencing Manual was updated to reflect the case of Brown v The Queen, in which the Victorian Court of Appeal interpreted and explained the concept and application of the ‘Standard Sentence Scheme’.

The ‘Standard Sentence Scheme’, as then Attorney-General Martin Pakula told Parliament, was to ensure:

The most effective legislative mechanism to provide sentencing guidance to the Courts in a way that promotes consistency of approach in sentencing offenders and promotes public confidence in the criminal justice system.

Prior to the new Act coming into effect, 4 out of 5 Supreme Court of Appeal Justices ruled that the old Act was ‘incapable of being given any practicable operation’ and was ‘incurably flawed’ because it removed a ‘Judge’s Discretion’; interfering with other relevant sentencing principles and factors.

The Standard Sentence applicable to certain offences is essentially an additional factor that the Court must address when considering an appropriate sentence. The Court cannot apply ‘current sentencing practices’, unless such practices involve the Standard Sentence Scheme criteria.

When passing sentence, a judge must state the reasons for a particular sentence being imposed.

The ‘Standard Sentence’ equates to 40% of the maximum sentence for the offence. The only exceptions are for sentences which carry ‘life imprisonment’ as their maximum. Therefore, judges now have two ‘legislated guidelines’ which must be taken into account (maximum sentences and standard sentences). This is in addition to all other matters in mitigation.

As explained by the Judicial College of Victoria, it is anticipated that, over time, the period of imprisonment served for offences included in the ‘Standard Sentence Scheme’ will increase and eventually current sentencing practices will reflect statistics to be considered for such offences.

The former Director of Public Prosecutions and now Justice of the Victorian Supreme Court His Honour Justice John Champion made the following observations of the standard sentencing scheme:

The difference between the abolished ‘Baseline Sentence Legislation’ and ‘Standard Sentence Scheme Legislation’ is that the latter will have practical operation in the higher courts.