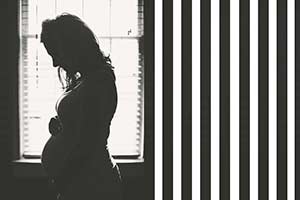 Pregnant women and mothers of infant children who are being sentenced for criminal offences pose a particularly challenging and emotive set of factual circumstances.

There are any number of reasons why women may be sentenced for criminal offences during this period of their lives. It is widely acknowledged women who commit offences have previously been victims themselves. There may be reasons relevant to a woman’s personal history, present circumstances, and health that are casually related to the commission of the offences. The timing and any extended delay of the sentencing hearing is likely to have been outside of their control.

It is highly desirable to obtain a non-custodial sentence for women in these circumstances.

Women being sentenced for criminal offences

The law in Victoria does not presently recognise gender as a factor to be taken into account in sentencing for criminal offences. Accordingly, women, and specifically pregnant women and mothers of infant children, do not amount to a special category of offenders for sentencing purposes.

However, factors relevant to gender are frequently submitted in mitigation in sentencing hearings. These factors are often highly relevant to the ultimate sentence to be imposed. For example, a pregnant woman at risk of a custodial sentence and due to give birth in prison provides a compelling basis for a non-custodial sentence. In this way, gender is a factor that is often central to the sentencing process and outcome.

Hardship to family and third parties

The sentencing principle of hardship to family and third parties requires a Magistrate or Judge to consider those who are not responsible for the commission of an offence but will nevertheless be impacted by the sentence. The application of this principle is not limited to women and applies to all parents and caregivers. Hardship to family is a principle that may be taken into account in sentencing if it overcomes the high threshold of ‘exceptional circumstances’. The application of this principle is about extending leniency or ‘mercy’.

This principle should always be considered in cases of pregnant women and mothers of dependent children (infant and older). In ‘exceptional’ cases, the application of this principle may tip the balance between a custodial and non-custodial sentence. To ensure something less severe, community-based sentence is ultimately imposed.

Pregnancy and children in prisons

Due to current sentencing practices in Victoria and the limited range of penalties presently available, it is not always possible for pregnant women and mothers of infant children to avoid custodial sentences.

Although it is sadly common for parents generally to experience a period of separation from children when serving a custodial sentence, this situation is particularly acute for women dealing with pregnancy and childbirth, the associated and increased risk of physical and mental health conditions, and other family responsibilities.

In cases where there is a risk of a custodial sentence being imposed, it is possible for women to retain care of babies and infants (specifically pre-school age) in custody through the Living with Mum (LWM) Program. The LWM program is available to women in two of Victoria’s women’s prisons, the Dame Phyllis Frost Centre and Tarrengower Prison. The program is intended to give effect to the rights of children as contained in the Victorian Charter of Human Rights and Responsibilities Act 2006.

Lawyers may assist where issues involve pregnancy, children, and prisons. They can help women who are in the community or in prison awaiting sentence for criminal offences with applications for the program by preparing the provision of information about the individual’s personal and family history and present circumstances, addressing reasons care in custody is required, and other related matters.

Eligibility for the program is not determined by a Magistrate or Judge although the outcome of an application may ultimately be a matter taken into account during sentencing hearings. For example, a woman deemed ineligible for the program and forced to contend with separation from children to serve a prison sentence would form the basis of a powerful ‘exceptional circumstances’ argument aimed at a sentence being served in the community.

Further information about the LWM program can be found at Corrections Victoria (https://www.corrections.vic.gov.au/prisons/going-to-prison/pregnancy-and-childcare).