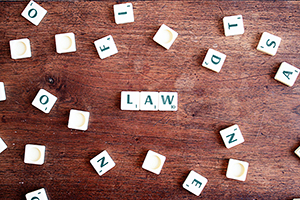 If you go to court and are sentenced but a non conviction is recorded (for example, you might hear “without conviction you are sentenced to a 9-month good behaviour bond”), you probably walk away thinking “great I don’t have a criminal record!”

This is completely reasonable to think but unfortunately due to Victoria’s laws, it is wrong.

Not only will an non conviction court result appear on your criminal record, but under current laws, it will appear there forever. But the wheels are in motion for the laws to change and all we can say is ABOUT TIME!

For years, our firm, the Law Institute of Victoria and other legal institutions have been involved in calls to the government to enact spent conviction legislation.

Victoria is the only state in Australia where older entries still appear when criminal record checks are performed today, for example when you are applying for a job, a special licence, citizenship, and so on. All other states have legislation in place which provides for when a conviction becomes “spent” – meaning, it is removed from your record.

Say 15 years ago you were in your first year of university and you’re at a social gathering and a joint is being passed around. You try it, like it, and you buy some marijuana. A few days later you’re caught speeding and the police find the bag of marijuana in your car. You plead guilty and receive a good behaviour bond without conviction. That court outcome is still on your record today. Too bad if you wanted to work in a field that performs criminal record checks as part of their recruitment process. Some employers might be forgiving – they’d see it was a long time ago, that no conviction was recorded, and that you have no further entries on your record. But for other employers, who have 100s of applications to get through, this is an easy flick into the “no” pile. This is discriminatory and unfair, and limits the rehabilitation of offenders and their place in society.

This is just one, hypothetical scenario. Another example, a real life one, can be found here:

There is a bill that is currently before Parliament – the Spent Convictions Bill 2019. It can be found here:

TL;DR – here are the main points of the bill (NOTE – this legislation is NOT in force, this is what the bill currently looks like):

If passed, this legislation will take the heat away from those hoping old criminal record entries don’t get in the way of anything they’re hoping to do.

It will benefit a certain type of person – someone whose misdemeanor was a while ago, it was indeed a misdemeanor and not “too serious”, they haven’t offended since, etc. It doesn’t wipe away an old entry of someone who continues to offend.

The legislation, if passed, will also contain several offence provisions and penalties to ensure the purpose of the law is realised and upheld in practice. One example is it would be an offence to disclose information about a spent conviction without lawful authority or without the consent of the convicted person.

Whilst it appears a non conviction will still be a conviction under the Act, their ability to fade away on one’s record is welcome progress in Victoria and we eagerly await the day this legislation comes into force.