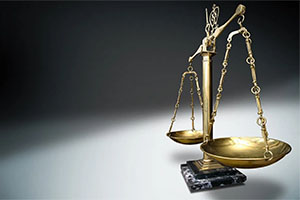 Recently, the age published an article bearing the headline, “No jail for ‘exemplary’ woman who sped through stop sign, killed four.” This kind of inflammatory reporting consistently sends people to wave their “The justice system is a joke” placards. Understanding the factors that went into achieving this outcome is crucial to understanding this news story.

There was a Trial

In Ms Nicholson’s case, her matter went to trial on the more serious charge, however a jury was not convinced beyond reasonable doubt that she was guilty. The jury was given the alternative of finding her guilty of driving in a manner dangerous but they could not reach a unanimous decision on that charge. It is likely that, because the jury could not reach a decision, the trial would be run again. For this reason, Ms Nicholson would likely have been given a sentence indication by the Judge – an indication of the penalty she would receive if she pleaded guilty to the lesser charge instead of going ahead with a second trial.

Sentence indications serve a utilitarian benefit. If the Judge gives an indication as to what they may sentence an accused to and on that basis the accused decides to plead guilty, the matter resolves without a trial, or in this case a further trial. This reduces costs to the Court of running a trial, it reduces costs to the prosecution for prosecuting a second trial, it also saves witnesses from being required to give evidence again.

In this case, His Honour Judge Bourke gave an indication that he would not impose a term of imprisonment if Ms Nicholson pleaded guilty. She would have been given an opportunity to consider the indication and would have received legal advice regarding the pros and cons of either proceeding with a second trial or accepting the indication. If she proceeded with a trial, she would have run the risk of a term of imprisonment but in not proceeding, she lost the possibility that she could be found not guilty and escape penalty. It is not an easy decision, particularly in circumstances where you have done nothing wrong.

In this case, Ms Nicholson accepted the sentence indication.

Why did the Judge give such a lenient indication? His Honour had already sat through one trial in this matter. His Honour would have learnt a lot about Ms Nicholson, her background, the circumstances of the alleged offence, her character and importantly, whether she showed any remorse for what had happened.

His Honour Judge Bourke noted that Ms Nicholson’s moral culpability was low, noting she was of “exemplary” good character and that she had shown “extraordinary” remorse and had developed psychological problems as a result of the incident.

These factors combined with the utilitarian benefit of avoiding a further trial would have been strong arguments in favour of a non-custodial sentence.

Is this such a lenient sentence? It is well-recognised in Victorian Courts that a Community Corrections Order is not a walk in the park. A Community Corrections Order requires an offender to report to Corrections regularly, additionally, there may be treatment conditions where the offender is required to undergo counselling or drug and alcohol treatment on a weekly basis, and not least, the offender is more often than not required to complete unpaid community work.

In this instance, Ms Nicholson has been ordered to complete 500 hours of unpaid community within a four-year period. One major restriction on offenders subject to a Community Corrections Order is that they cannot leave the state during the period of their order without approval by the Secretary of Corrections. She leaves the court with a conviction recorded against her, which bears a trailing impact on many factors of her life from this point forward. And, she likely will never escape the psychological impact of what transpired, stemming from the one negligent act of running through a stop sign. So, while Ms Nicholson avoided a term of imprisonment, the penalty is not a light one, but yes, a just one.