Bayley’s murder sentence and three reasons to calm down 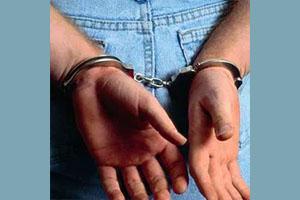 What was once confined to dinner-party conversation; or parent’s schoolyard rumination; maybe you could throw in a few random picketers here and there, has now become instant worldwide mass hysteria. Social media is the medium and today’s headline “Why was Adrian Bayley not sentenced to life without parole?”

I understand the human reaction. Again, this case resonated. With Melburnians, especially. It was close to home. But, will whipping ourselves into a frenzy over every sentencing achieve anything? Maybe I am getting too old but the constant desire to emote over ill-conceived ideas leaves me fairly cold.

Let’s keep it simple. There are three reasons we can tone down the outrage over the Adrian Bayley murder sentence;

There is one further point to raise regarding Justice Nettle’s decision. The Courts have to recognize the savings to the system on a plea of guilty. They have to.  They must reflect that in the sentence if someone pleads guilty to a charge.

Could you imagine what would happen if the plea was not recognized in the sentence as a positive factor? How do I advise a client that he or she would  get no benefit for a plea of guilty and you are going to get a life sentence?

They would plead not guilty. With an extremely slim chance of success, but some chance, they’ll roll the dice. What would be the point of a guilty plea? There would be no point. They may as well take the gamble.
So let’s tone down the emoting and recognize that sentencing is a very difficult and complex process that needs to achieve more than pleasing the twitterverse.