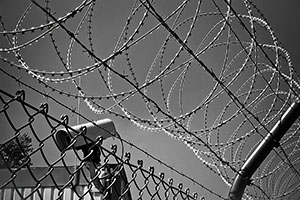 In this blog Sophie Parsons outlines the outcome of the recent High Court decision of Binsaris v Northern Territory and the renewed interest in implementing recommendations from the Royal Commission into the Protection and Detention of Children in the Northern Territory.

The Final Report of the Royal Commission was tabled in Parliament on 17 November 2017. Since that time, there has been an obvious lack of will to implement many of the worthy recommendations. Sadly, this is a situation that has coincided with the publication of appalling statistics in relation to the number of Aboriginal children in custody in the Northern Territory. In mid-2018 it was widely reported that 100% of children in detention in the Northern Territory were Aboriginal.

The Royal Commission into the Protection and Detention of Children in the Northern Territory was conducted in challenging circumstances. Time pressures and limited political focus placed pressure on children, families, Elders, carers, workers, lawyers, and many more to participate in often strained, intense, and emotionally charged hearings. Many overcame emotional, language and geographical barriers to make sure their stories were told. Some did not have a choice. The commitment and dedication required by many involved took an enormous emotional toll. It is not difficult to imagine the deep hurt and disappointment that followed the lack of positive outcomes following the publication of recommendations.

The decision of Binsaris v Northern Territory [2020] HCA 22, published by the High Court of Australia on 3 June 2020, concerned one of the incidents that led to the establishment of the Royal Commission, and events that occurred in the Behavioural Management Unit (‘BMU’) at Don Dale on 21 August 2014.

The issue in the appeals heard by the High Court was whether the use of a CS fogger (tear gas) by staff against several youths held in the Detention Centre on 21 August 2014 was unlawful. The tear gas had been deployed by a prison officer in an attempt to render one of the youths compliant during an incident but exposed and impacted all four youths in the immediate area. The youths were handcuffed and hosed down to remove the residue before being transferred to adult prisons.

The case turned on statutory interpretation of legislation around whether the use of the CS fogger by a prison officer in the Detention Centre was authorised by the Weapons Control Act, the Youth Justice Act or the Prisons (Correctional Services) Act, and significantly, the purposes and objects of the Youth Justice Act, and consideration of the level of force that is “reasonably necessary”.

The decision of the court was unanimous in finding the use of the CS fogger amounted to battery and was unlawful. By finding that the use of the CS fogger (tear gas) was unlawful, the High Court overturned earlier decisions of the Supreme Court and Court of Appeal in the Northern Territory. The decision means the individuals may now undertake a civil claim for damages for battery.

The judgment was published on the final day of Australia’s National Reconciliation week. The timing was seemingly unintentional but nonetheless meaningful. The outcome was not only just and appropriate, but a public and well-deserved recognition of a shocking lived experience, a testament to the patience and persistence of all those involved, and a clear statement around treatment of youths in custody.

The outcome in Binsaris has provided encouragement for the implementation of many more of the recommendations from the Royal Commission into the Protection and Detention of Children in the Northern Territory, and increased support for many other similarly focused justice campaigns. In this way it has had an impact beyond the outcome for the individuals, served to re-focus public concern around important justice issues, especially that of indigenous youth in detention, and been a cause of hope for positive change.