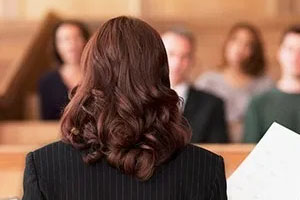 I design databases. I have done so for 20 years now and what I have discovered is that it gives you an interesting perspective on many things. Our practice management software is a creature of my design and all elements of our firm are run through it. From file health to caseloads and fees.

What may surprise people is that designing systems is not about looking at the nitty-gritty, it is about an overview of a system. And I have learnt that often systemic change comes at a high, and often an unforeseeable, cost. If you change one element of a system you affect the functioning of a script in another part of the system. It seems obvious but there are a whole lot of people who don’t seem to look up when they are doing things.

One classic example is the problems with legal aid funding. This is a problem caused by Government underfunding and is exacerbated by their populist “tough on crime” policies.  People are reacting to the pressures that this has brought upon us all. Attempts to limit instructing solicitors in criminal trials, higher guidelines for eligibility, legally aided clients not being able to choose their lawyers, VLA saying there is no conflict if two different offices act for clients who would otherwise have a conflict, and block briefing are all examples of responses to a system in crisis.

About a year ago a number of us criminal defence lawyers were discussing the landscape we are working in and the way that the Court system was moving.

For the first time in many years, none of us could accurately predict where it was all heading.

So it has been quite a shock to see that the Bar and the Magistrates Court have proposed a direct access briefing program. This will be that a person (who is generally employed and able to pay a fee) turns up to Court and has no representation. The Court will then email Barristers to get someone to come and do a plea for around the value of an appearance on a legal aid matter without a preparation fee.

It is proposed that the barrister will take instructions and do the plea on the spot or adjourn the matter off (to get paid) and then take instructions. The offices of Solicitors are geared up for doing this properly. Criminal law firms have generally a one to one or up to three to one ratio of Solicitors to admin support staff working on our files. At a rough guess, you might be lucky if there is one admin support staff of that type for every thirty barristers on a list. We do not employ admin staff for no reason. They, and we, follow up with clients, send file authorities for medical reports, arrange psych attendances, get full instructions, make sure the money is in trust. We obtain full briefs of evidence and demand more disclosure where evidence is missing. We spend time discussing with our client whether they have a defence and whether they have their own witnesses who should be called to give evidence. Who is going to be doing this under the direct access scheme? You guessed it, noone. A fair few of the Barristers that I know are Barristers because they are hopeless at admin. Many of them express their joy about getting away from “paperwork”.

The Barristers will just have devalued the process of a Magistrates Court plea. Everyone has the right to have their matter conducted properly. The work involved in a Magistrates Court plea is not just what is done at Court. The fact that some adjournments occur (and they still will under this system) should not be used as a reason to push people into having inadequate and speedy representation.

It is also the case that this is the traditional client of solicitors. An individual who is working and could and should pay for their representation. Solicitors are the people who do the majority of summary pleas in the Magistrates Court. So how does this proposal come about?

Well the Barristers and the Courts have a meeting and discuss it. Hard for me to fathom why the Court feel they should be involved in favouring one group of practitioners over another. Is that really what the Court should be doing?

The really disappointing part of this is that the minutes of the first meeting stated that the Chair of the Law Institute Criminal Law Section was unable to attend. Well folks it is hard for him to attend when in fact he was not invited.

We have since heard that the proposal is likely to be going ahead regardless of further meetings. This sort of consultation is just pathetic especially when dealing with such a huge change.

That huge change is that Barristers and Solicitors have traditionally not been competing in this manner. Here we have the Bar undercutting the work that would normally come to solicitors. They are doing that because the junior criminal bar have been feeling the pinch because of a diminishment of legal aid funding. We all need to deal with the reality that this is going to increase.

As a reaction to the diminishment of Legal Aid funds this is a very short-sighted approach. We had a meeting of a number of large criminal law firms earlier in the year. One of the topics that came up was setting up a Solicitors Briefing Service. Effectively bypassing the clerks and having our own stable of counsel. We decided that we did not want to go down that path because of solidarity with the Bar and not wanting to kick them while they are struggling.

We brief a seven figure amount every year to Barristers as do a number of other criminal defence firms. We have one in-house advocate who does a limited number of trials.  The other large firms would do the same sort of numbers as us (and a couple maybe more).

Why would we brief people who are actively undermining our work? Why would we favour clerks whose Barristers undermine our work? There is some spillage at present with Barristers advertising and some unusual law firms (that just seem to be referrals to Barristers). We have all been calm about that as it just represents the fringe dwellers.
But the Court organizing for Barristers to come and do matters for cheap fees? Really?

People should reflect carefully before they undertake systemic change. A proposal that is aimed at helping the Magistrates deal with unrepresented people may have good intentions. But if they do this and undercut solicitors and deflect from the issue that the system needs to be funded better then it is ill-advised.

It is interesting talking to a number of criminal defence Barristers about this proposal. They are genuinely, and honestly, surprised by the proposal and indicate that they will never take a direct brief in this manner. I believe them and so really wonder how much the Criminal Bar Association really has considered this proposal.

Barristers have previously split from specific Clerks and set up their own Clerks because they resented having to pay fees to their Clerk. Imagine how resentful you would feel if someone you and your colleagues paid millions to for their service set up in in opposition to you (while still expecting you to use their services).

Also imagine if setting up a Solicitor’s briefing service was not as complex as Solicitors tend to think. There may well be considerable savings that can be passed on to the client.

And imagine if Criminal Defence Lawyers could do it and show the benefits for us and our clients. There may well be other specialty areas of the law where solicitors undertake the same process.

So we come back to the start. Always take a deep breath and reflect. Then undertake systemic change slowly, carefully and with an eye to unintended consequences.