The article Importance of Not Thinking That a Police Investigation is a Search for the Truth is written by Doogue + George Defence Lawyers. 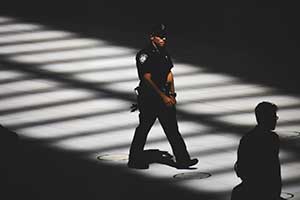 People expect that the police operate in a framework of ‘quality internal management’, ‘external, independent oversight’, and the ‘laws of evidence’.

The United Nations Office on Drugs and Crime (UNODC) ‘Handbook on Police Accountability, Oversight and Integrity’ established two principal criteria for ensuring that innocent people do not confess to crimes they did not commit – the police themselves (as the prime bearers of responsibility for the integrity of the police force) and the independent police oversight bodies.

The Royal Commission into Police Informants released a ‘Final Report’ on 30 November 2020, which alarmingly revealed that these principles are not always adhered to.

The police often approach an interview with a belief that they know who the offender is. They ask questions in a way which discredits the suspect in their attempt to mould the narrative around him or her. It is rare that the police formally interview someone with an open mind about the true identity of the person responsible for the offence.

The Right to Silence

The ‘Right to Silence’ stems from the Common Law and originates in the 17th century.

This right allows a suspect to not answer questions put by police, except for their name, date of birth and place of birth.

It is here that a suspect should immediately invoke their right to call a lawyer for the following reasons:

The globally renowned Innocence Project has been responsible for freeing many wrongfully convicted inmates from prisons around the world.

According to data collected by the Innocence Project, approximately 25% of wrongfully convicted people had confessed due to pressure, despite being innocent. If they had contacted a lawyer prior to speaking to police, many innocent people would not have spent years in prison and their families would not have suffered as a consequence of their imprisonment .

Reasons Why an Innocent Person May Falsely Confess to a Crime

Psychological pressure appears to be the catalyst for why an ‘innocent’ suspect pleads guilty.

The American Association for the Advancement of Science, in conjunction with Emeritus Professor, Saul Kassin, a psychologist, suggested that ‘Standard Police Interrogation Techniques’ combine ‘psychological pressure’ and ‘escape hatches’. This creates trauma, fatigue, and stress which can make a person vulnerable, leading to a false confession.

In Huwe Burton’s case, he was convicted of murder because he made a false confession. Judge Barrett of the New York Supreme Court quashed Mr Burton’s conviction after 30 years imprisonment; mainly because of the scientific analysis of Professor Kassin’s study of police interrogation techniques.

Although many western countries, including Australia, New Zealand, and Canada, reviewed and improved interrogation techniques, it is difficult to counter the human factor which leads to false confessions.

The Journal of the American Academy of Psychiatry and the Law opined:

“Police-induced false confessions are a leading cause of wrongful convictions of the innocent.”

Civil Liberties Australia used the mathematical analysis method of the US Criminal Cases Review Commission (CCRC) in their study, which revealed that there are approximately 300 innocent Australian prisoners in custody.

The take away message from this blog is to not presume that police always search for the truth, and the importance of speaking with a lawyer before speaking with the police.